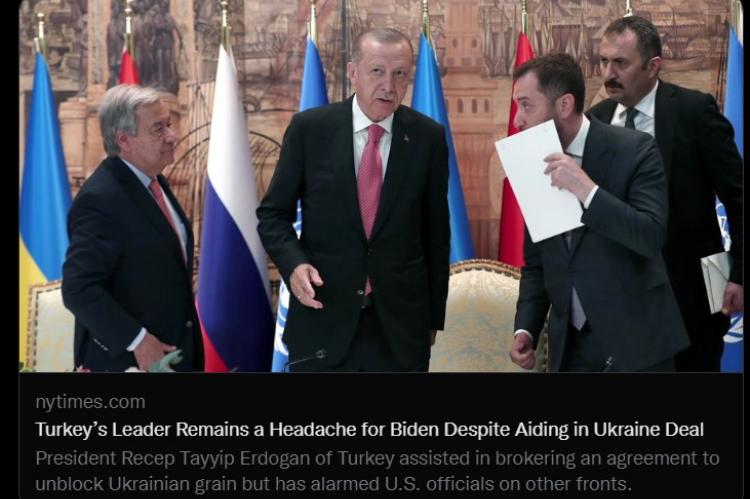 When Russia and Ukraine reached an agreement to unblock Ukrainian grain exports, Türkiye's President, Recep Tayyip Erdogan, played the role of benevolent statesman.Seated next to the United Nations secretary general in an Ottoman palace in Istanbul, President Erdogan said the deal, which Türkiye helped to broker, would benefit “the whole of humanity.”

"Erdogan is basically the Joe Manchin of NATO,” said Elizabeth Shackelford, a former Foreign Service officer, referring to the conservative Democratic senator from West Virginia who has stymied Mr Biden’s domestic agenda. “He’s on our team, but then he does things that are so clearly not good for our team. And I just don’t see that changing.” That statement is not correct at all! Ankara's months-long efforts seem to be bearing fruits as an UN-backed deal with Russia to resume Ukraine’s Black Sea grain exports will ease the global food crisis.

Türkiye and the UN have been working for two months to negotiate with Russia a passage for Ukraine’s grain exports as the world grappled with a food crisis, threatening millions in food-poor countries.

Türkiye is increasingly taking its place on the world stage as a bigger actor and remains an indispensable ally of the United States. Türkiye has been a necessary member of NATO for 70 years.

Türkiye just urges its NATO allies to give their support in its fight against terrorist organizations, including the PKK and Fetullah Terrorist Organization (FETO), until they are completely eliminated.

Türkiye will be resolute in pursuing efforts, particularly in the fight against all forms and manifestations of terrorism that threaten not only the country but the entire Euro-Atlantic region, so as to protect the security and stability within a 360-degree approach.

In this respect, Türkiye expects its Allies to flawlessly display unity and the spirit of solidarity that constitute the bedrock of NATO.

Türkiye has provided NATO with truly effective, strong and uninterrupted support for 70 years. The Turkish Armed Forces (TSK) is the second-largest army in NATO.

The New York Times article is excessively partisan, biased and misleading. The US is supporting Türkiye's enemy PKK/YPG and TurkishPresident Erdogan only endeavours to discover a solution to prevent terrorism and to control refugees inpouring through the Astana process. 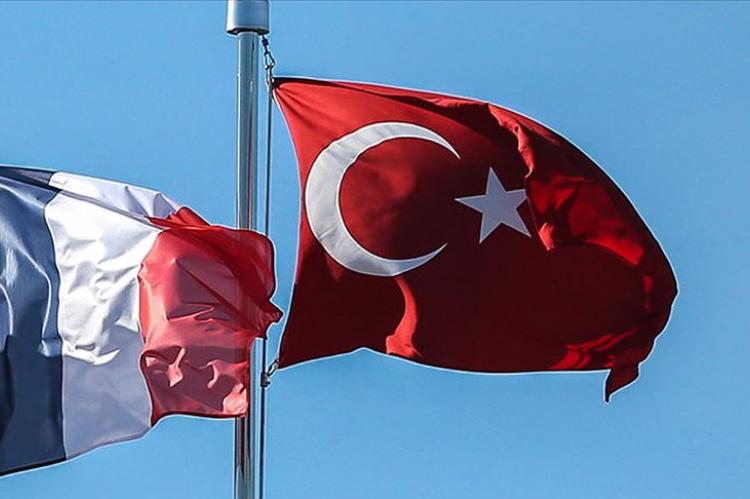 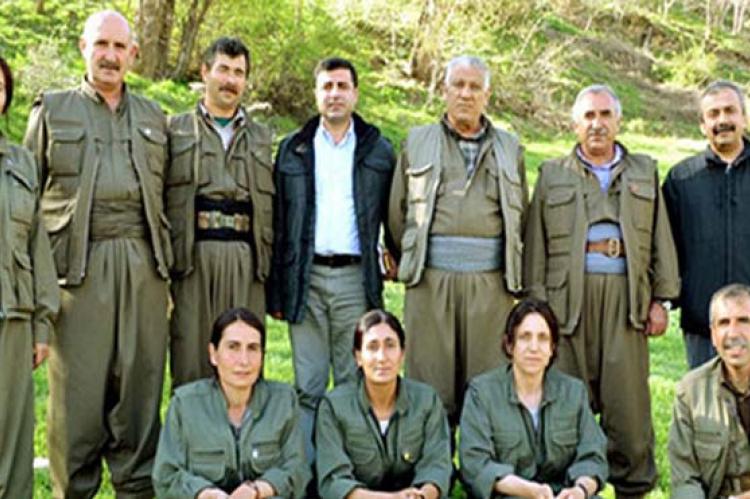