Claim: There is growing authoritarianism in Turkey

BBC’s Mark Lowen claims there is growing authoritarianism in Turkey 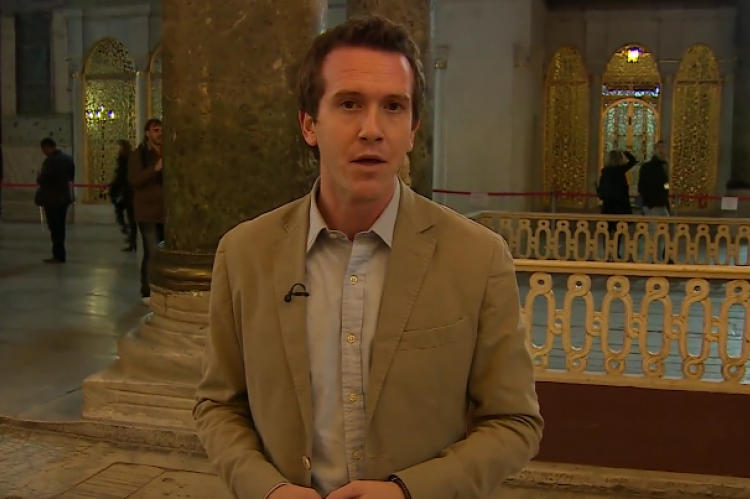 On 3 May 2016, Mark Lowen from the BBC reported on a visa liberalisation deal between the EU and Turkey in a news package.1 After explaining the details of the deal, Lowen presented the Turkish government as increasingly authoritarian through examples from the media. Lowen said:

“ ...but is this the government Europe should reward, attacking those protesting its take over of an opposition newspaper, another sign of growing authoritarianism? Critics have been silenced and violence stoked in Kurdish areas of the country.”

However, Zaman (the newspaper Lowen refers to) was not taken over by trustees for its critical journalism, but due to proof that the media group (Feza Gazetecilik) Zaman belongs to was supporting the Gulenist terror organization, which is a clandestine group headed by US-based Turkish preacher Fethullah Gulen.

The group has infiltrated the country’s institutions including the judiciary, the army, the police and the intelligence services. For more about the group, read here.

There are national newspapers and television channels that are critical of the government, and their critical stance does not prevent them from publishing or broadcasting just because they are critical. Some of them include: Sozcu, Yenicag, Cumhuriyet, Taraf, Sol, Aydinlik, Yurt, Yeni Mesaj, Birgun, and Ortadogu.

Regarding the escalating violence in the southeastern Turkey, please read here.