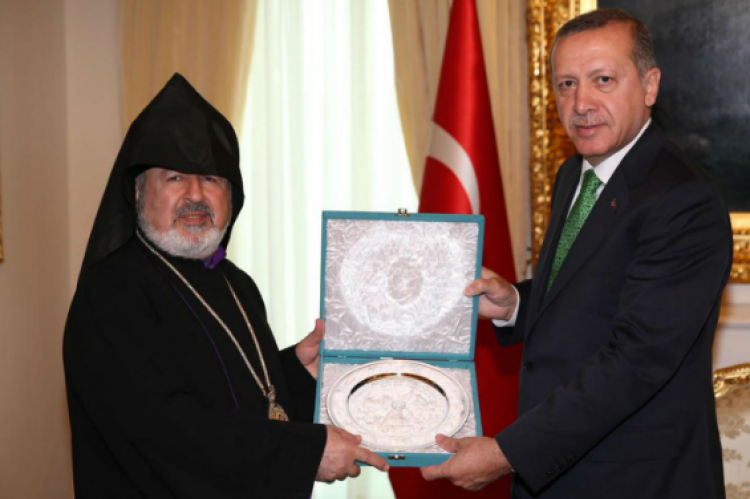 On 3 June 2016, Agos published an article on both Turkey and Germany’s approaches to the killing of Armenians in Anatolia in 1915 with the title “A common incident for Turkish prime minister, but inglorious for Germany”. In the article, Germany is presented as a country that regrets its attitude during the Armenian killings whereas Turkey considers the incident as ordinary without any regret. While doing this, Agos uses only a certain part of Turkish Prime Minister Binali Yildirim’s speech.

The relevant parts read as follows:

“While Bundestag (German parliament) states that “it regrets the inglorious role of the German Reich, which received information from the diplomats and missionaries regarding the organized annihilation and deportation of Armenians in the Ottoman Empire, but still did not even attempt to intervene in this crime against humanity”, Turkish Prime Minister Yildirim said, “What happened in 1915 is a common incident under the conditions of war, which could happen in any country.”1

The entire speech Prime Minister Yildirim delivered includes both regret and an encouragement to invite scholars to investigate the historical tragedy. Yildirim said:

“We know that those trying to hit Turkey with a bill are not well-intentioned. We are telling the entire world loud and clear that we have laid our cards on the table, let everything be researched. But this should be done by historians. It would be wrong to use it as a tool for politics for calculations in politics. There is no doubt that our relations (with Germany) would be harmed by the bill. We don’t want relations to be harmed.”2

Moreover, President Recep Tayyip Erdogan mentioned that Turkey opened its archives and is ready to respect results after other countries open their archives for research. In a speech on 4 June 2016 in Istanbul, Erdogan said  the following:

“I am calling on the whole world, if you trust yourselves, respect history, science, document and information, we have opened all our archives. If you also have, you can also open it. Let us give the task to historians, legal experts and archaeologists, let them do their work and we can then give our consent to the results at the end of those efforts.”  3