Narrative: Prospects for peace in the shadow of terrorism 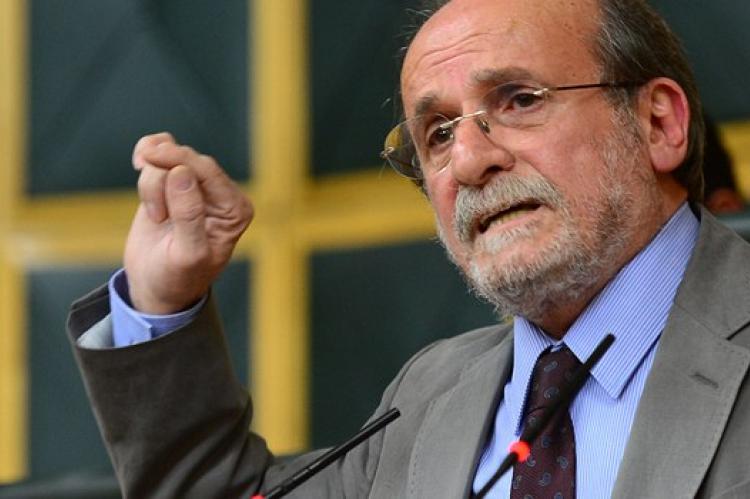 MacDonald writes that HDP deputies face investigations over the party's alledged links to the outlawed Kurdistan Workers' Party (PKK). Claims regarding the HDP's alleged support for the PKK which is listed as a terrorist organisation by Turkey, the US, the EU and NATO, have come under increased scrutiny in recent times. In May, a bill intended to strip deputies who were also the subject of on-going criminal investigations of their parliamentary immunity was passed with cross-party support. In total, the bill affected 138 of a total of 550 deputies from across the political spectrum.1 Public support was favorable to stripping immunity according to a poll by the A&G research company which suggested that 95 percent of opposition Republican Peoples’ Party (CHP) voters supported the bill.2

Following the passage of the bill, deputies from all parties were called to give statements to judicial authorities and the police regarding a total of 667 outstanding legal proceedings. Opposition Nationalist Movement Party leader Devlet Bahceli was among those who provided statements.3

Far from what MacDonald refers to as “alleged links,” claims that the HDP and PKK are linked have surfaced regularly.5 HDP deputies Selma Irmak and Dilek Ocalan attended a conference of the PKK’s Syrian wing at which statements from the PKK were read.6 Speaking to BBC’s World News Service, Kurkcu himself commented that “PKK terror attacks on Turkish security forces are not "a matter for condemnation.”7 HDP deputy Abdullah Zeydan remarked that the “PKK has the ability to drown Turkey in its spit.”8 Correspondingly, HDP Ankara deputy Sirri Sureyya Onder threatened armed actions against the Turkish state if the isolation of imprisoned PKK leader Abdullah Ocalan continues.9 Other HDP deputies have exploited the privilege of parliamentary immunity to openly assist the PKK.10

The article further notes that while “relations between leftists and the Kurdish liberation movement have often been tense,” Kurkcu has worked “to bridge the political gap between the two during the 2000s.” The origin of this strategy has deeper roots. Kurkcu was a leading member of the outlawed Turkish People’s Liberation Organisation, an armed leftist organization which targeted western installations in Turkey. Kurkcu was imprisoned after being the sole survivor of a raid on an organization safe house in which two NATO technicians were being held hostage.11 The organization’s leader, who in 1971 had abducted and murdered the Israeli Consul General to Istanbul, was killed in the same raid.12

Through his contacts and prominence in both legal leftist parties and previously in illegal armed movements, Kurkcu has played a role in uniting various violent formations under the banner of the HDP. Similarly, current HDP co-chair Figen Yuksekdag was previously the chairperson of a party with links to the outlawed Marxist Leninist Communist Party (MLKP) terrorist organisation.13 A similar development has occurred with outlawed leftist terrorist organizations uniting under the banner of the PKK and carrying out terrorist activities in areas traditionally out of the organization’s reach.14

Kurkcu’s statement that “It is imperative that international governments put human rights before the right to profit and take action against Turkey,” should be analysed in light of the fact that HDP deputies have been summoned to give statements to judicial authorities regarding the violence which erupted in October 2014 upon the call of HDP leaders which left over 50 people dead.15 Likewise, Kurkcu’s statement that Kurds would not accept “less than power sharing on a national level” is equally contestable. Turkish citizens of Kurdish origin enjoy the same democratic rights as their Turkish compatriots including the right to elect and be elected. Numerous citizens of Kurdish origin have served as ministers in governments and have been elected as deputies to the parliament. Moreover, the incumbent Justice and Development Party (AKP) government has introduced liberalizing reforms on the Kurdish issue.16

MacDonald writes that since the end of the peace process more than “2,300 people have reportedly been killed, and swathes of Turkey's southeastern cities have been reduced to rubble.” The PKK declared the peace process null on several occasions, with leading PKK figures referring to the need to renew “the peoples’ war.”17 Importing tactics from Syria, the PKK dug trenches in many cities and the local HDP-dominated municipalities declared autonomy from the state. HDP co-chair Selahattin Demirtas himself remarked that “hopefully the authorities will read this declaration one more time with calmness, and see that self-rule [and] autonomy offer a very significant opportunity for all of us in terms of living together," yet autonomy at its core is underpinned by the armed actions of the PKK.18

The major difficulty with Kurkcu’s analysis is that his argument that the Kurds “without having equal opportunities and a better democratic situation we cannot have peace” rests on a self-serving narrative which ignores the huge mandate the governing Justice and Development Party receives from the Kurdish population and the fact that the current government has worked to eradicate the vestiges of systemic discrimination against the Kurds.