Does Turkey violate international law in the Eastern Mediterranean by blocking hydrocarbon research? 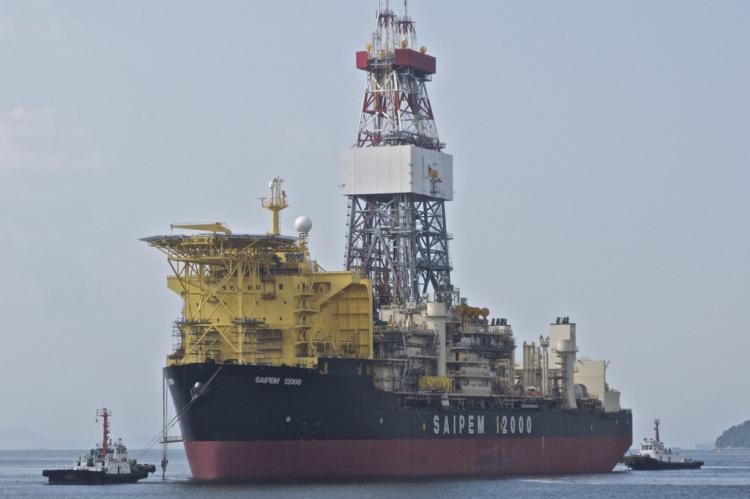 The Italian energy company ENI announced on 8 February 2018 that it had discovered substantial natural gas resources in the southern offshore Cyprus. The gas field is reported to be the largest ever discovered in the Mediterranean.
On February 9, the company’s vessel took off towards a potential gas field within the exclusive economic zone (EEZ) of Cyprus to conduct related research activities. However, the Turkish warships transmitted a message to the ship urging them not to continue because there would be military maneuvers at its destination. Following this incident, the Greek Cypriot leader Nicos Anastasiades claimed that by blocking the Italian vessel, Turkey was violating the international law. However, it is the unilateral action of the Greek Cypriot Administration over hydrocarbon researches which is in violation of international law, as well as the rights of the Turkish Cypriots.
The Republic of Cyprus was de-facto divided into two in 1974 when Turkey intervened militarily in the island following the collapse of the constitutional government due to a military coup initiated by the Greek extremists in order to illegally unite the island with Greece. Turkey exercised its right to intervene under the Treaty of Guarantee which had been signed between Turkey, Greece and the United Kingdom on 16 August 1960. The treaty made these three parties as the guarantors of security of the island.
Since the division of the island, there have been several diplomatic attempts under the sponsorship of the UN in order to reunify the island. Along with the Turkish Cypriot side, the Greek Cypriot side also officially pledged its commitment to the reunification of the island under the UN sponsored negotiations. However with latest moves regarding hydrocarbon research, the Greek Cypriot Administration ignores the equal rights of the Turkish Cypriot community over the natural resources and its own commitments to act in accordance with the spirit of the negotiations to reunify the island. Also there is no single authority in law or in fact which is competent to represent jointly the Turkish Cypriots and the Greek Cypriots, consequently Cyprus as a whole since the division of the island, as the Turkish Foreign Ministry pointed out.
Similar remarks also came from the international community in this regard when the Greek Cypriot Administration started issuing tenders and granting licenses for hydrocarbon research in 2012. In response to the tenders put by the Greek Cypriot Administration, former Secretary General of the United Nations (UN) Ban Ki Moon called on the parties to avoid raising tensions and underlined through a UN report published on 29 June 2012 that “the natural resources belong to all Cypriots”. Then-Special Representative of the Secretary-General on Cyprus, Lisa Buttenheim, also said that the two sides had already agreed that natural resources would be a federal (therefore shared) competence in the event of a settlement.1 Then-US Secretary of State Hillary Clinton also stated that the US expects "both sides will benefit from shared resources “in the context of an overall agreement”.
Tags:
Cyprus
Turkey
United Nations
Natural Gas
Gas Field
Hydrocarbon
Eastern Mediterranean