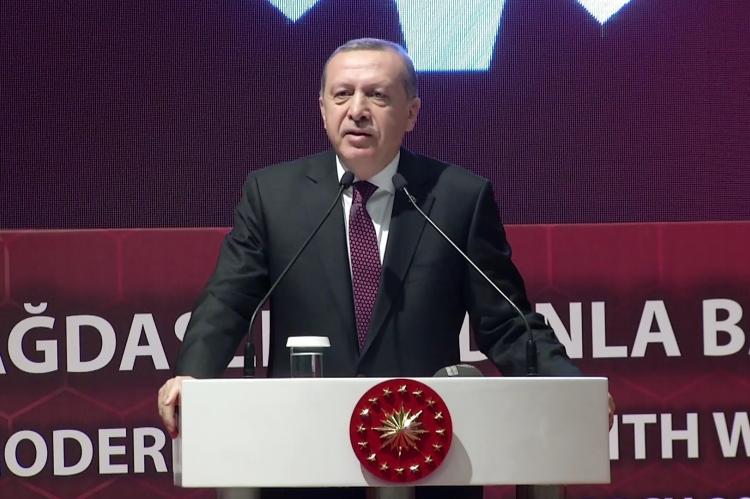 In the video, the subtitles read: “In my opinion, the idea that women should have economic independence is the most detrimental thing for them.”

Therefore, the true translation is as follows: “In my opinion, the understanding that confines life to the parentheses of economic independence has caused women the most damage.”

In contrast to the impression the mistranslation makes, President Erdogan, during his speech from which the mistranslated sentence was taken, said (between 4:26-4:30 and 4:47-5:16) “Women and men are each halves of humanity ... I call out from here to both Turkey and the world and say that women expect justice, not favor. Women expect a fair competition, not quotas.”