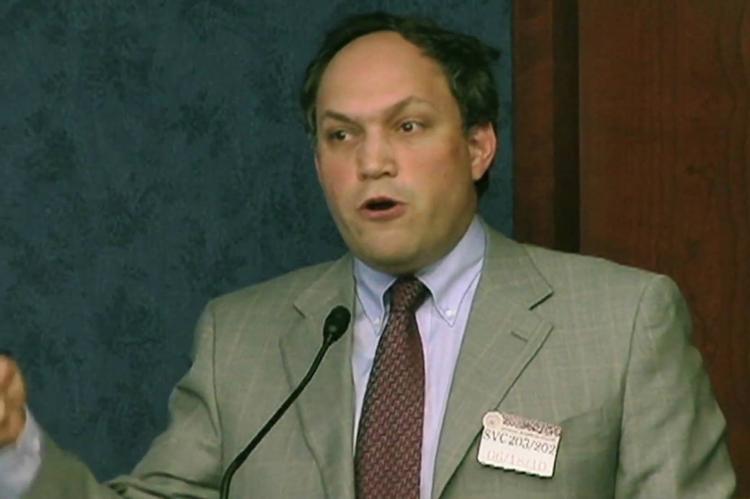 On 12 October 2016, the American Enterprise Institute published an article written by Michael Rubin, a former Pentagon official and an advisor to former US president George W. Bush, who “instructs senior military officers deploying to the Middle East and Afghanistan on regional politics”. He is also “closely associated with neoconservativism,” a political movement whose followers are commonly dubbed ‘neocon’.

The article discussed the context in which another coup attempt might unfold in Turkey, asserting several claims. But in strict contrast to the expectation of a scholarly writing, the article was rather replete with statements explicitly speculating about how and when Turkish President Recep Tayyip Erdogan will die – which could hardly be differentiated from death threats.

“Turkey actually experienced two coups,” wrote Rubin, “but it will be the third and coming coup which could be the most violent and might very well cost Turkish President Recep Tayyip Erdoğan his life.” However, he did not explain the source of this unequivocal ‘prediction’.

Towards the end of the article, Rubin underlined his faith in a possible murder of President Recep Tayyip Erdogan more boldly: “If Erdoğan is assassinated — and there will be attempts — the remaining Turkish deep state will be most able to fill the vacuum.” Once again, he did not give any idea about how he is certain that such attempts will happen.

He reiterated his point on how close the Turkish president is to death, as if Rubin himself was not, in his last sentence: “Erdoğan may believe he is sultan but, in reality, he may already be dead man walking.”

Perplexed reader might find the underlying logic of these prophecies – that incredibly resemble death threats to the president of a strategic ally of the US – in another article of Michael Rubin published in Washington Post, written in 2014. “Threats — rather than conciliation — can also facilitate diplomacy,” Rubin thinks and also implements this policy on a personal scale apparently.

But the content of his article was not confined to death threats, fortunately. He also claimed that President Erdogan maintained a close relationship with notorious Turkish criminal Sedat Peker. “Peker’s controversial background never stopped Erdoğan from associating and cooperating with him,” opined Rubin.

It turns out when the hyperlinked web page of Turkish news outlet Diken opens, however, that Rubin meant by “association” and “cooperation” an informal conversation Turkish President Recep Tayyip Erdogan and Sedat Peker had in a wedding ceremony in front of attendants. He did not cite further sources for his claim.

Rubin mentioned another disputed former political figure, Mehmet Agar, as someone who “has cultivated close relations with Erdogan”. But the Turkish page that opens when clicking on “cultivated close relations” does not report more than quoting Mehmet Agar as saying “Very true and very good things have been done in the last 13-14 years,” and “We need to accept that these [peace and stability] are accomplished to a great extent under the leadership of Mr. Tayyip.”

Yet another claim Rubin made was about the political competition in Turkey. According to him, no such thing is possible in Turkey anymore, and last summer’s failed coup was launched due to this impossibility. “With normal political competition no long available as an outlet for pressure, deadly political violence become more likely.”

But Rubin refrained from presenting evidence for his claim again and it remained unclear how “political competition as an outlet for pressure” is unavailable in Turkey while elections continue to take place regularly with results accepted as legitimate by all political parties – including the non-governmental opposition organizations such as Oy ve Otesi (Vote and Beyond).

According to a report by the elections watchdog, there were “around 10,000 votes (0.02 percent) that do not match with the official results among nearly 48 million votes across Turkey” in the November 1 snap elections in 2015. They added that “this ratio of discrepancy is insignificant to affect the ultimate election results” and that it is lower than what they found in the 7 June general elections in 2015 whereby the ruling Justice and Development Party (AK Party) failed to secure another term of one-party governance.

As opposed to Rubin’s insinuation that the Turkish government led by President Recep Tayyip Erdogan stifles dissent, Turkish media lately reported a number of deaths of the ruling AK Party’s members.1 All assaults were claimed by the Kurdistan Workers’ Party (PKK) militants. The PKK is a Marxist-Leninist militant organization – listed as terrorist group by Turkey, the US, NATO and the EU – that seeks to impose its ideology on Turkey’s majority-Kurdish southeast.