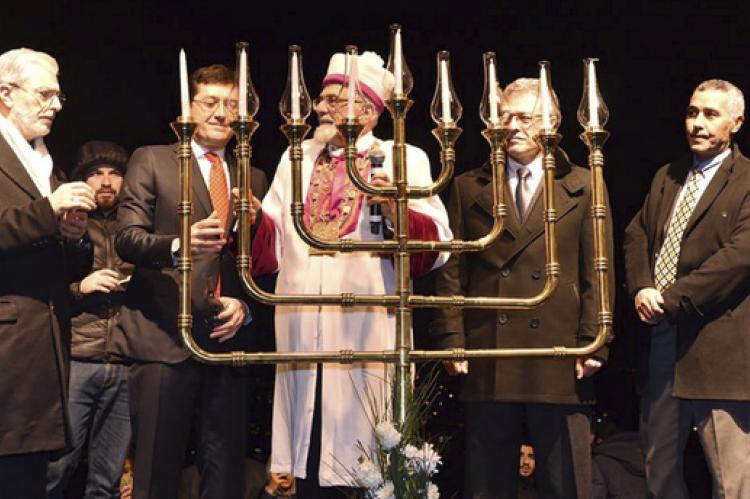 Turkey's Jews publicly celebrated Hanukkah for the first time in history of Turkey on 13 December 2015.

On 5 May 2016, Turkish writer Elif Shafak had an article published in The Guardian in which she claimed that diversity in Turkey is stifled. She wrote:

It is hard to be an Armenian in Turkey. Or a Kurd, or an Alevi, or gay, or a conscientious objector, or a Jew, or a woman, or someone who just doesn’t agree with what is happening in the country. If you happen to tick more than one box, life is even harder. The list goes on and on. Diversity has been stifled. Freedom of speech has been abandoned. An “ideology of sameness” dominates the land. That ideology is shaped by Turkish nationalism, Islamism and authoritarianism blended with machismo and patriarchy. The tension in politics penetrates all aspects of daily life.

However, Turkey has become a country where the rights of minorities have been regulated and improved in the last 14 years since the current ruling AK Party government came to power.
Many obstacles for minorities that were in place from the foundation of the Republic of Turkey in 1923 to the 1990s were lifted during this period.
Some examples include the returning of foundation properties, which were previously expropriated by the state, to Armenian and Jewish communities. Neglected and torn down churches and synagogues were renovated and given back their official status. A curriculum was prepared for Christian students. For the LGBTs, the first pride parades was organized in 2003 and this has been continuing since then annually. In 2011, the Minister of Family and Social Policy, Fatma Sahin, met with a LGBT organization and submitted a proposal to the parliament for the acceptance of LGBT individuals in the new constitution afterwards.
For the Kurdish community, the 51-year-old state of emergency in the southeast of the country was lifted in 2002. Leading Kurdish politicians Leyla Zana, Hatip Dicle, Orhan Dogan and Selim Sadar were freed from prison. Citizenships were returned to Kurds who in the past were denationalized. Bans on the Kurdish language were lifted and today politicians can use languages other than Turkish for the purpose of propaganda. An institute for the study of Kurdology was established and for the first time in the history of the republic, state-run TV channel in Kurdish, TRT Kurdi, was launched in 2009.
For the Alevis, seven-stage workshops were launched by the government in order to solve the problems of and terminate discrimination towards them. Content about Alevis was added to the curriculum of religious classes in high schools. An Alevi and Bektashi Studies Center was also recently opened at Inonu University.
Furthermore, an official apology was issued for the first time in the history of Turkey for the massacre of Alevis in Dersim in 1937. Alevi citizens were welcomed as the first guests of the new Presidential Complex on 3 November 2014. On 25 January 2016, the Ministry of Justice formed a study group in order to lay the legal foundation for Alevi places of worship, known as Cemevis.
For more information please visit here.
Tags:
Minorities
Elif Shafak
Guardian
AK Party