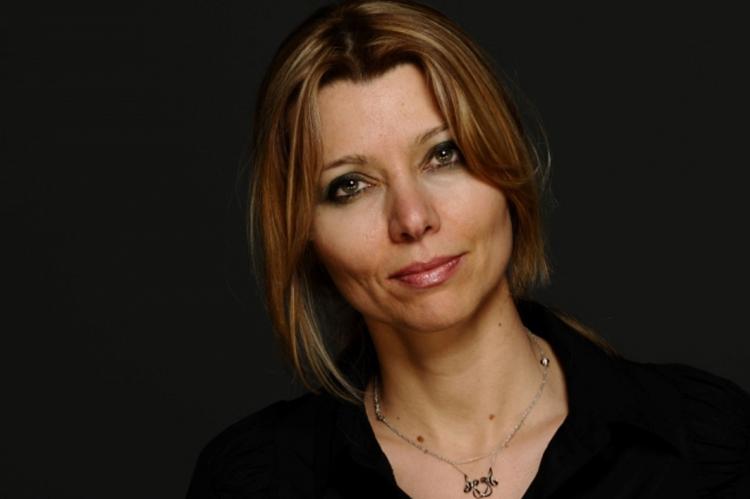 On 5 May 2016, Turkish writer Elif Shafak had an article published in The Guardian which titled “In Turkey we can’t even laugh at our politicians any more”. In the article she repeated the claim in the title as follows:

In the past we had a solid tradition of black humour. Politics was always rough, but it was OK for the people to laugh at politicians. Not any more. Recent research shows that only half of Turkey’s people think it OK to criticise the government publicly. When Angela Merkel allows German comedians to be sued by Erdoğan, it is a clear message to Turkey’s democrats: “You are all alone.”

Elif Shafak refers to German comedian Jan Bohmermann who read a poem on German TV channel ZDF about Turkey’s President Recep Tayyip Erdogan and insulted Erdogan by describing him as having perverted sexual habits and accusing him of watching child porn. German Chancellor Angela Merkel described the poem as “deliberately offensive text”.
The Turkish government filed its formal request for Böhmermann’s prosecution depending on the law in Germany’s criminal code which states that insults against organs or representatives of foreign states are punishable. Prosecution required authorisation from the Germany’s government and Merkel thus approved Turkey’s request to prosecute the comedian.
Furthermore, there is no restriction on ridiculing, criticizing and laughing at politicians in Turkey. There are many satirical magazines and all of the mostly read publications - Penguen, Leman, Uykusuz and Girgir - are critical of the government. Recent examples of the covers that they freely caricaturize politicians are as follows: 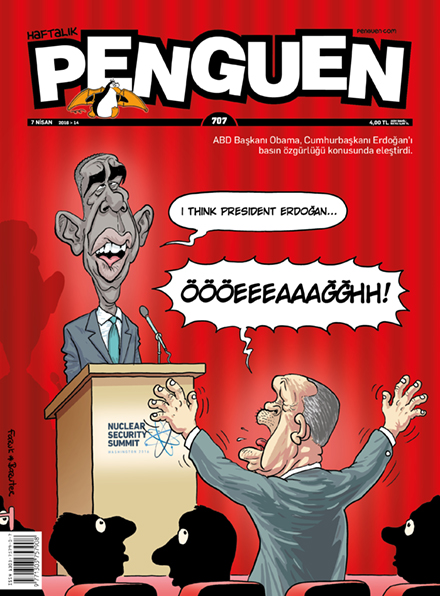 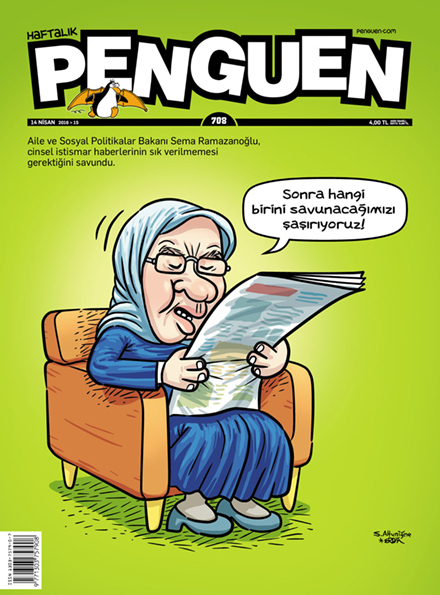 Penguen depicting the Minister of Family and Social Policies Sema Ramazanoglu in its issue on 14 April 2016. 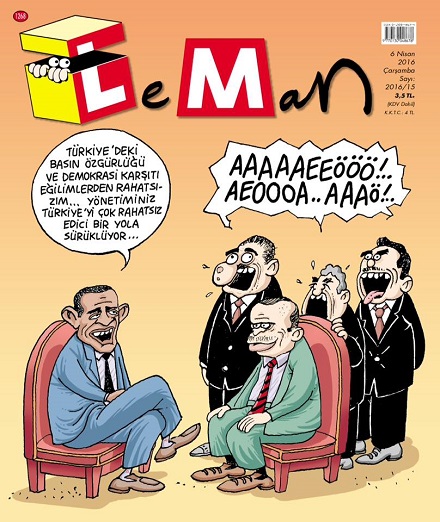 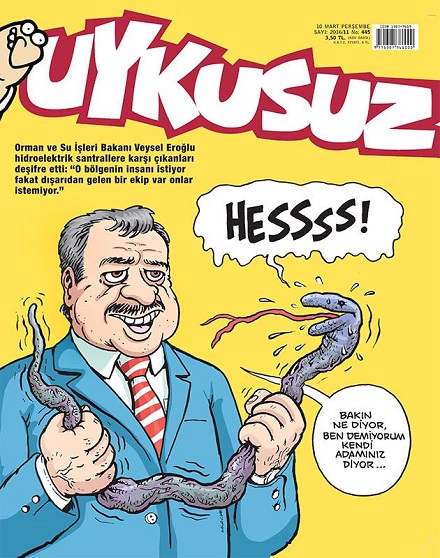 Uykusuz depicting the Minister of Forestry and Water Affairs Veysel Eroglu in its issue on 10 March 2016. 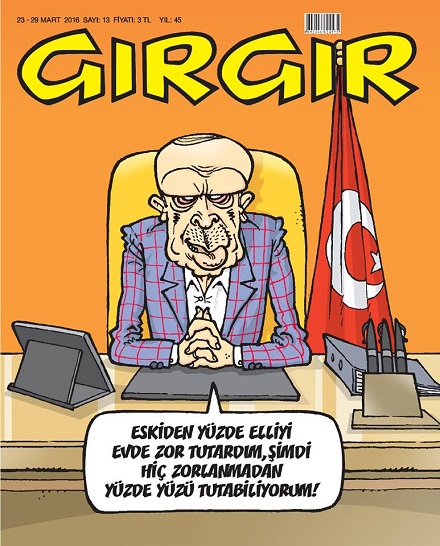 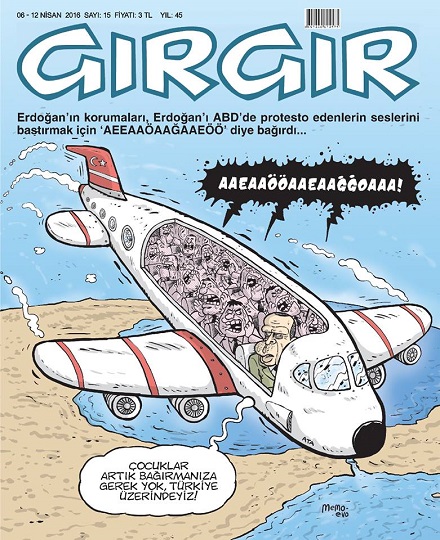