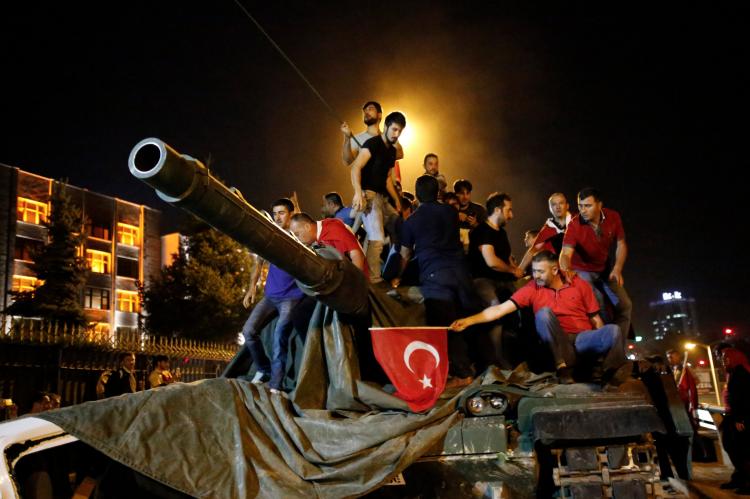 On 23 July 2016, the Economist published an article bearing the title Erdogan’s Revenge. In the article it was claimed that, “Turkey’s president is destroying the democracy that Turks risked their lives to defend”.

The article is in reference to the coup attempt that occurred on 15 July 2016 when a military junta within the Turkish army launched a coup attempt against the democratically elected Turkish government and the president, but failed to seize the power. As a result, the government declared a state of emergency which was initially announced to last three months, albeit a deputy prime minister said that they plan to end it in one and a half months if possible.

The article mentioned the state of emergency and the investigations that affected nearly 60,000 public employees, suggesting that these measures, taken by President Erdogan, are against democracy.

As a matter of fact, President Erdogan is not entitled to order these investigations. The juridical system of the state of Turkey does not allow the president to interfere with investigations. They were carried out by state authorities such as prosecutors and governors in the aftermath of a failed coup attempt that claimed the lives of 265 people. Please click here for our relevant fact-check.

Far from being non-democratic, the state of emergency, as is applied in Turkey, has even higher democratic standards compared to the European Convention on Human Rights (ECHR). According to the related article in the Turkish Constitution, the following are inviolable even under a state of emergency:

According to the ECHR, the following are inviolable during a state of emergency:

According to the article, the coup plot investigations, which are being conducted majorly against the members of the Fethullahist Terror Organization (FETO) who have been infiltrating the state for years, are part of how President Erdogan “destroys democracy” and this is not what people died for.

In strict contrast to what the article insinuates about the wide range of investigations, 64.4 percent of the population think that Fethullah Gulen, a US-based congregation leader accused of cultivating followers to infiltrate the Turkish state and creating a “parallel state”, is behind the coup attempt says a survey. 81.5 percent said Gulen should be brought to Turkey “while 77.7 percent thought Gulen and his sympathizers constitute a threat to the present order and future of Turkey.”

Besides the Turkish public opinion, according to official documents, some coup plotters already confessed that they work for Fethullah Gulen. A Gulen-loyalist coup plotter was found in a tank that roamed the streets on the coup night. Another forced the military chief to talk to Gulen on the evening of the coup, reports a news story.

The last claim of the article is that these investigations are against pluralism. “Mr Erdogan conflates dissent with treachery; he is staging his own coup against Turkish pluralism,” said the author. However, many ground-breaking cultural, bureaucratic and political reforms dedicated to buttress pluralism, were realized during the goverment's era of the Justice and Development Party (AKP), the ruling party founded by President Recep Tayyip Erdogan in 2002.

Some of these reforms can be listed as follows: the 51-year-old state of emergency in the southeast of the country was lifted; an institute for the study of Kurdology was established for the first time in the history of the republic; citizenships were returned to Kurds who in the past were denationalized; the Kurdish version of the state-run TV channel TRT (the Turkish Radio and Television Corporation), TRT Kurdi, was established; the Kurdish language was allowed in political campaigning; the construction of new churches was allowed for the first time in Turkey’s history; as prime minister, Recep Tayyip Erdogan, offered his condolences to the Armenian community over WW1 killings for the first time in Turkey’s history and more than 400 confiscated properties were returned to the community.

For more information on the reforms, please click here.