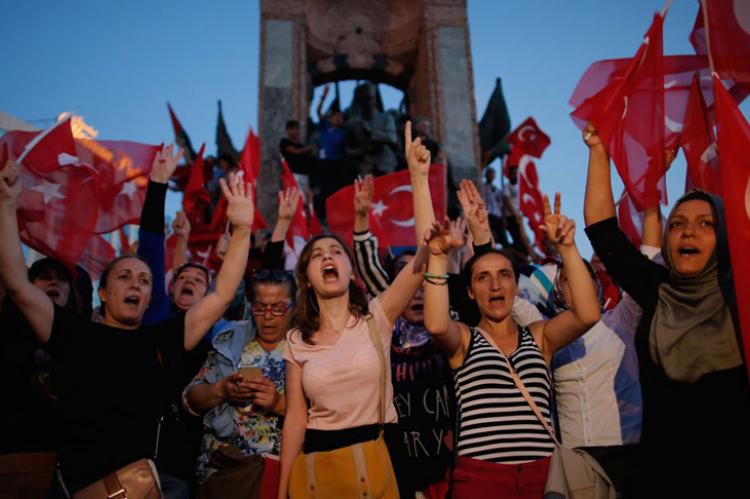 Time Magazine published an article on 19 July 2016 about the aftermath of last week’s failed coup in Turkey in which it was claimed that the Turkish government started a wide-ranging crackdown against people it claims have ties to coup plotters, noting that tens of thousand of public employees were fired across the country.

“The Turkish government on Tuesday escalated its wide-ranging crackdown against people it claims have ties to plotters of last week’s attempted coup, firing tens of thousands of public employees across the country. The dismissals touched every aspect of government life,” the article says.1

On 15 July 2016, a faction of soldiers in the Turkish army launched a coup attempt to take control of the country, and investigations of the coup plotters started by the orders of public prosecutors. Accordingly, public employees have been suspended, not fired as is claimed in the article, until the investigations are completed.

The suspension process is carried out in line with Public Employees Law No. 657. The clauses between 137-145 delineate the details. Accordingly, a public employee is suspended by authorities when the person is involved in a court case, and he/she is paid two-thirds of his/her salary until the case is closed. When he/she is back in office, the remaining third is also paid. The suspension process is legally confined to three months at most. The authorities in charge of suspension are inspectors, governors and district governors.

Regarding the process, the US State Department spokesman Mark Toner, in a press conference on 19 July 2016, said that the investigations and arrests are understandable and justified.

“What we have said and what our assessment continues to be is that in the aftermath of Friday’s dramatic events, where the democratically elected Government of Turkey and the people of Turkey felt under threat that their government was about to be overthrown by a military coup, it is understandable and justified, frankly, that the government would take actions to go after the perpetrators, to conduct a thorough investigation into what happened, and really to try to provide for the security of the Turkish people in light of, as I said, what was a – an intended coup of the government, the democratically elected government.”2

Likewise, President Barack Obama said, “that the United States is willing to provide appropriate assistance to Turkish authorities investigating the attempted coup,” according to a press release from the White House.3

Associated Press also claimed that Turkey fired tens of thousands of people in an article published on 19 July 2016.4

Asserting that "all the evidence" points to a U.S.-based Muslim cleric as the mastermind of last week's failed coup, Turkey's government on Tuesday fired tens of thousands of teachers, university deans and others accused of ties to the plot and demanded the cleric's extradition.