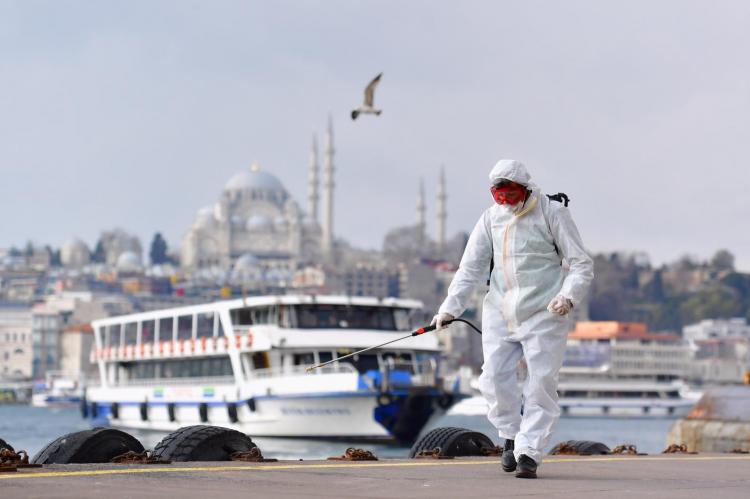 On 7 April 2020, The New York Times published a report on the recently brought obligation of wearing masks in public and other measures taken in Turkey against the novel coronavirus outbreak. Although generally praising and acknowledging Turkey’s measures against the Covid-19, the article contains some factual mistakes.

Claim: Little official data released on the spread of virus in Turkey

Firstly, the author claims there is little official data about the spread of the virus in Turkey.

“Although little official data has been released on the spread of the virus in Turkey, Dr. Koca, who is a physician and founder of a private chain of hospitals, said the first known case of infection was in a person who had contact with Europe.”

Actually, Turkey announces the number of infections, number of tests and the number of fatalities on a daily basis both via the official accounts of Minister of Health, Ministry of Health and the Presidency’s Communication Center. Additionally, it is also published how many cases there are in the each one of the 81 provinces in Turkey.

Claim: Situation in Turkey is like in Italy and the US

Apart from that, the article gives the inaccurate statements of the opposition politician Baris Yarkadas as a source of its claims, without checking or commenting their accuracies.

Yarkadas states “Turkey could have been like South Korea but we are like Italy and the United States.”

The Covid-19 death toll in Italy and in the United States are 18,279 and 16,697 respectively as of April 10. Meanwhile, the death toll in Turkey is 908, almost 1/10 of the both countries. Additionally, it is reported that the death toll in Italy is much higher than the official data due to the lack of the post-mortem tests for the suspected Covid-19 cases, which are conducted in Turkey, and also to not counting people dying in their homes.

Claim: Turkey did not want to stop flights or internal movement, did not provide financial assistance to citizens

The article also voices other false claims of Baris Yarkadas, again without checking their accuracy. Yarkadas claims the Turkish government “did not want to stop flights, or internal movement, and as there is no money to pay people to stay at home.”

In reality, Turkey is among a few countries in the world which has suspended all international passenger flights. Nor the US where The New York Times’ headquarters is located, neither any European countries other than Turkey have taken such a measure.

Additionally, Turkey has also restricted movement between 31 provinces although the infection and fatality rate is much lower than many countries which still has not taken such precaution, including the US and the UK.

Furthermore, although Turkey just recently announced an economic package aiming to support workers taking an unpaid leave amid the coronavirus restrictions in Turkey, Yarkadas claims “there is no money to pay people to stay at home.” Turkey pledges to undertake the salaries of 4.3 million workers on unpaid leave and providing other financial assistance to the unemployed and people with low income during the Covid-19 outbreak.

However, the report included these false claims as source too, without fact-checking if they were accurate.