LGBTI in Turkey: A Short Summary 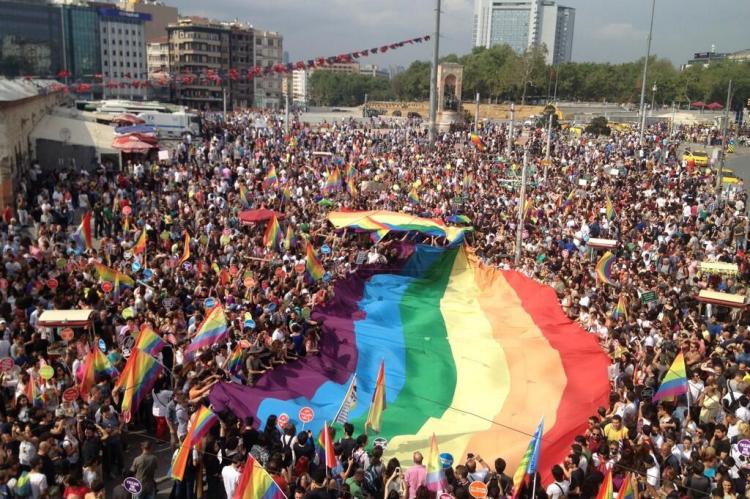 Several news outlets claim LGBTI rights are in jeopardy in Turkey on the eve of the 2016 gay pride parade. Indeed, the march this year has been banned by authorities due to safety concerns. This year’s gay pride was not allowed because there are groups threatening violence against marchers, and to ensure the safety of people attending the parade would be difficult, said the police.
The pride parades in Turkey date back to 2003. LGBTI rights have surprisingly improved in the last decade. From pride parades to the establishment of many LGBTI organizations, homosexuals have been recognized publicly. Here are some developments:
Queer movement became public after the AK Party government was elected in 2002. Gay pride parades also started during that era.
2001 – Black Pink Triangle, an LGBT organization, was established.
2002 – Before becoming prime minister, Recep Tayyip Erdogan said that homosexual people's rights should be taken under constitutional guarantee.
2003 – The first gay pride consisting of around 30 people was conducted in Istanbul, Turkey's largest city known for its deep Islamic history and culture.
2005 – KaosGL, an LGBT organization, became legally institutionalized.
2006 – Another LGBT organization named Bursa Gokkusagi was founded in Bursa, another metropolitan city of Turkey symbolically important for its Islamic history and culture.
2006 – Lambda Istanbul, an LGBT organization, became legally institutionalized.
2006 – The first gay pride in Ankara, Turkey's capital city, took place.
2006 – Pembe Hayat ('pink life'), an LGBT organization, was established.
2007 – The first official student LGBT organization named Gokkusagi, glossed as 'rainbow', was established at Istanbul’s Bilgi University.
2009 – Black Pink Triangle became legally institutionalized.
2011 – The biggest gay pride parade took place in Istanbul with 10,000 people in attendence. This has also been marked as the largest gay pride ever in southeastern Europe. Representatives from the opposition parties such as the CHP and the HDP also participated in the affair.
2011 – Social Policies, Gender Identity and Sexual Orientation Studies Association (SPoD) was officially  founded in Istanbul by LGBT activists.
2013 – This year's gay pride saw 100,000 people attending.
There is also a group of people that define themselves both as AK Party and LGBTI movement supporters.
For the first time in Turkey's history, NGOs are allowed to submit their proposals for the new Constitution to the constitutional commission, including LGBT organizations.