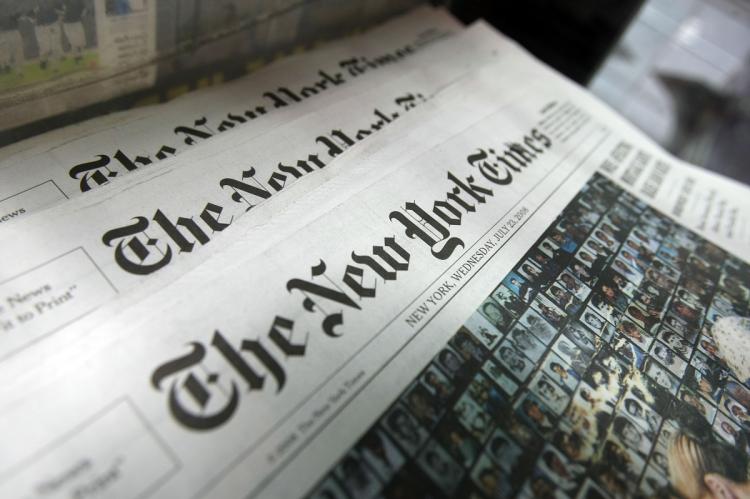 New York Times published an article on 18 August 2018 written by Peter S. Goodman titled “The West Hoped for Democracy in Turkey. Erdogan Had Other Ideas".  In the article, the author voiced his opinions on Turkey’s last 15 years under the rule of Recep Tayyip Erdogan and his Justice and Development Party.

However, the article contains factual mistakes about several issues. It falsely predicts that Turkey’s corporate sector, which has borrowed money in dollars, would lead to a “full-blown economic disaster” and Turkey would “end at the doorstep of the International Monetary Fund, with a plea for a bailout.” Secondly, it falsely states that “Mr. Erdogan has long viewed the Syrian Kurds as an extension of those in southeastern Turkey, whom he portrays as a mortal threat to national security.”

Claim: Turkey is going towards a full-blown economic crisis and will end-up at the doorstep of the IMF for a bailout

This claim has started to be voiced in some international media outlets after the decline of the value of Turkish lira against that of US dollar. However, the IMF itself refuted the claim that Turkey would appeal to the IMF for a bailout. A spokesperson for the IMF declared that they did not see any indication that Turkish authorities would ask for financial assistance from the fund.

Additionally, Turkey’s economic data and financial statistics show that Turkey would not have a problem in repaying the debts of the private sector which was borrowed in US dollars. The article stated that “as of June, Turkish private companies carried foreign currency debts reaching $220 billion.” This statement is also in line with the official figures in Turkey.

However, the liquidity in the private sector and banks is enough to cover this amount. Banks in Turkey have a liquidity of $295.3 billion while Turkey’s non-financial private sector has $184.8 billion according to the data of the Turkish Central Bank. Additionally, the Turkish Central Bank has foreign currency reserves of $74 billion and gold reserves of $22.8 billion even if the banks have to be supported in case of non-performance of loans. To see the claim of Turkey’s corporate debt reaching unsustainable levels, please click here.

Claim: Erdogan views ‘the Syrian Kurds’ as an extension of ‘those in southeastern Turkey’

The article generalized the People’s Protection Units (YPG), which is the Syrian Branch of the PKK, a group recognized as a terrorist organization by Turkey, the EU and the US and falsely stated that Turkey’s President Recep Tayyip Erdogan sees the Syrian Kurds as “a mortal threat to national security.”

Mr. Erdogan has long viewed the Syrian Kurds as an extension of those in southeastern Turkey, whom he portrays as a mortal threat to national security.

This statement includes two factual mistakes. Firstly, Turkey does not see the Syrian Kurds as a threat. In fact, Turkey opened its doors to 200,000 Syrian Kurds who fled the forced conscriptions and political oppressions of the YPG in northern Syria. Even the brother of Salih Muslim, former co-chair of the YPG’s political wing the PYD, had to flee the YPG-ruled areas in Syria because of the oppression of dissent. He stressed that Turkey has always been in solidarity with the Syrian Kurds.

Secondly, the article presents the fact that the YPG is the extension of the PKK in Syria as if it was a perception of President Erdogan. However, even the security officials of the US acknowledge that the YPG is the Syrian branch of the PKK. On 28 April 2016, then-US defense minister Ashton Carter confirmed the substantial ties between the YPG and the PKK during a testimony before the Senate panel.

Also, the United States National Counterterrorism Center (NCTC), which is the primary organization in the US government for integrating and analyzing all intelligence pertaining to terrorism possessed or acquired by the US government, described the political wing of the YPG as the Syrian affiliate of the terrorist PKK-KONRA-GEL (KGK).

International research centers also published extensive research reports about the YPG. In a report published on 1 March 2012, Carnegie Middle East Center defines the YPG as “Syrian affiliate of the militant Kurdistan Workers’ Party (PKK)” while Chatham House stressed “YPG has benefited from the experience and institutional development of its affiliate organization, the Kurdistan Workers’ Party (PKK).”

The YPG is not only the Syrian branch of the PKK, but it is also actively contributing to the PKK’s armed campaign against Turkey. To see more about the YPG-PKK link and the YPG’s participation in terror attacks in Turkey, click here.