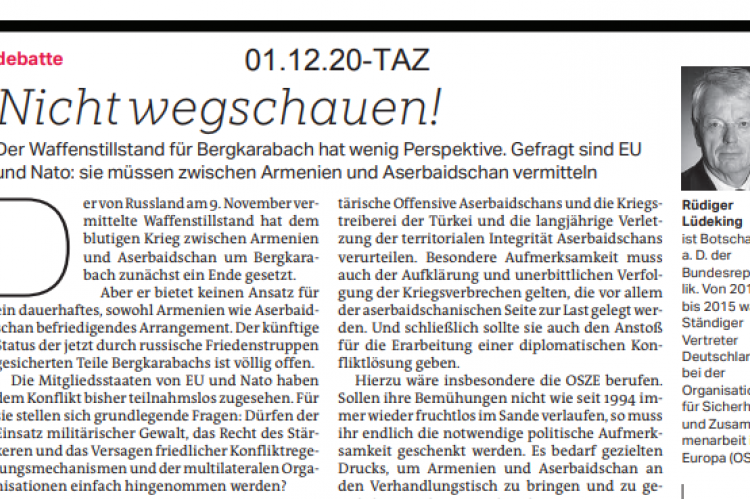 Turkey has always been defending its allies, whether it is in Azerbaijan or in Bosnia-Herzegovina. In Azerbaijan’s situation, every country knows that Azerbaijan has been seeking for making its occupied territories free since 1994 and Turkey, since then, has been supportive while the International Communities have been insensitive.The first war of 1992-1994 resulted the Armenian occupation of significant parts of Azerbaijan’s territory. Now, Azerbaijan liberated its territories again, the Armenian government cannot accept the loss of Nagorno-Karabakh and other territories.

It is obvious that Turkey has provided both encouragement and active support to Azerbaijan, its lifelong ally. But it is a false statement that says, as The Guardian wrote falsely, that Turkey sent mercenaries to Nagorno-Karabakh from Syria, to fight against Armenia. “Over the past few years, Azerbaijan has made extraordinary efforts to modernize its armed forces.” Then thinking Azerbaijan needs that kind of support, especially by unregulated groups, would be malevolent claim.

The United Nations and the OSCE are having failed to act by ceding decisive action to the conflict parties or maybe it could be said that both communities did not want to intervene and just wanted to see the results. NATO did not desire acting by restraining Turkey, because it is a member state, however, NATO should have helped for solving the conflicts. It is obviously observed that while international communities are not willing to make their hands dirty, Turkey is defending its allies, as always.

Another false claim is that “President Recep Tayyip Erdogan saw the conflict as an opportunity to pose as a promoter of the ‘Muslim cause’ and to expand Turkey’s influence into a region.” The truth is that President Erdogan saw the conflict as an opportunity for only supporting Azerbaijan to liberate its occupied territories. If the International Communities was willing to choose to be on the rightful side, Turkey would not have to take measurements; otherwise it would respect the communities’ supranationality.

“It is difficult to see why the UN Security Council is not addressing the situation.” A resolution should not only condemn the longstanding violation of Azerbaijan’s territorial integrity by Armenia, it should also provide a developing diplomatic solution. As long as the International Communities being in silency, Turkey will defend its allies, of course, in a lawful framework as always.