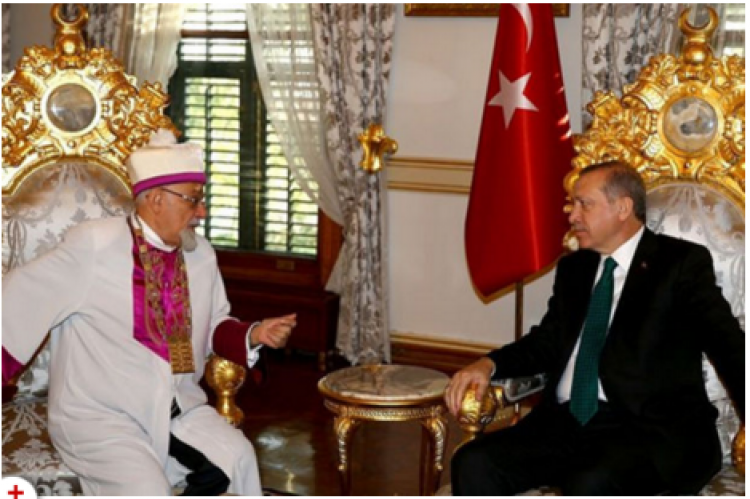 On 6 April 2016, Huffington Post’s Yascha Mounk published an article in which it was claimed that Turkey’s President Recep Tayyip Erdogan “desires to transform Turkey into a place where individual rights might often be ignored.”

According to Mounk, Erdogan intends to make Turkey a country in which only the voice of the majority “really does reign supreme” while minorities are not taken seriously.1

However, Turkey has become a country where the rights of minorities are regulated and made better within the past 14 years since the ruling AK Party, founded in 2001 and led until 2014 by Erdogan, came to power.

Many obstacles for ethnic and religious minorities that were in place from the foundation of the Republic of Turkey in 1923 to the 1990s were lifted during this administration period.

Seven-stage workshops about Alevis, a non-Sunni Muslim minority in Turkey, were launched in Turkey’s southeastern province of Tunceli, which has a considerable amount of Alevi citizens, in order to solve the problems of and terminate racism towards them.

Neglected and torn down churches, such as Akdamar, or foundations such as the Buyukada Orphanage, were renovated and given their official status back. Additionally, the foundation’s properties were returned to the non-Muslim communities.

Romanis, another ethnic minority with a population of around 500,000, also benefited from the social and individual improvements that have been realized in Turkey. The Settlement Law, which included discriminatory expressions about the Romani people, was changed in 2006, and the largest Romani meeting ever in Europe was held in Turkey in 2010.

For more information about the improvement of minority rights in Turkey, please read here. 2