Claim: Women’s right to work is being challenged in Turkey 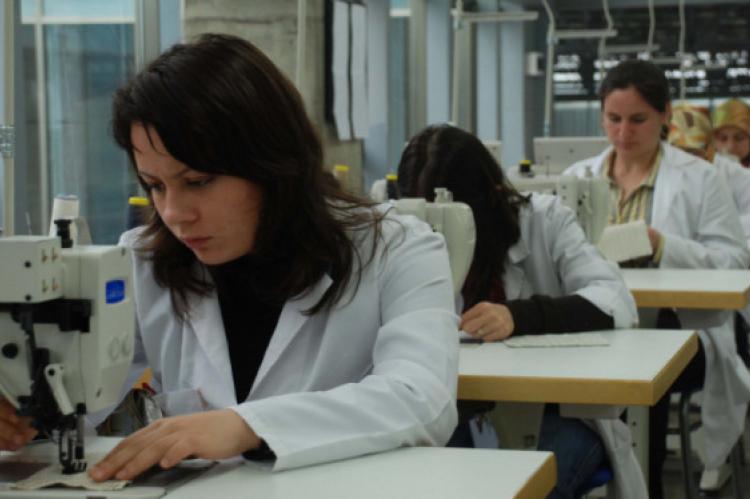 On 1 March 2018, the BBC published an article titled “Women challenge Turkey traditions for right to work”. The article claims that the situation of women’s participation in the workforce is heading in a negative direction. The facts, however, are different. Female labor force participation in Turkey has increased since 2004, according to the data collected by the Organization for Economic Cooperation and Development (OECD). Actually, the biggest rise in this regard happened in Turkey within 35 OECD member countries by an increase of 8.4 percent within this period.
In a ten years development plan in 2013, Turkey’s Ministry of Labor and Social Security set its aim to increase the percentage of the women’s labor force participation to 31% by 2023. However, the percentage already exceeded this estimation by 2016.
Turkey has carried out significant reforms in the last decade in order to provide higher participation of women in the labor force.
Creating the gender equality in work
The Turkish government has undertaken several reforms to create equal opportunities for women. The Grand National Assembly of Turkey established “the Commission of Equal Opportunities” on 1 January 2009 to make the necessary amendments in the legal framework for guaranteeing the gender equality in employment. Additionally, the Prime Ministry issued a circular in 2010 to increase women’s participation in labor and ensure the “equal pay for equal work” principle.
Facilitating to keep up women’s participation in work after childbirth
There have been several developments in order to ensure that having babies will not negatively affect a woman’s career. First of all, the Social Security Institution launched a project providing babysitting services for working women in 2016. The project grants 300 euros per month for the mothers of children aged up to 24 months who work in the private sector.
Additionally, the Turkish Parliament passed several legislations to keep up women’s participation in work after childbirth. The parliament enacted a law in January 2016, granting the opportunity to work part-time after maternity leave for the period of two months after the first instance of childbirth, four months for the second and six months for the third. There will not be a financial cut for women during this period according to the law. Within the same month, the parliament also enacted another legislation foreseeing that not only mothers, but also fathers can benefit from “flexible work hours” until the child starts school.
Increasing women’s participation in higher-level jobs
Women’s participation in higher-level jobs has also increased during the last decade. Small and Medium Industry Development Organization (KOSGEB), which is a governmental agency operating under the Ministry of Science, Industry and Technology granted financial support for 5,638 women in 2012. As for the politics, the rate of female members of parliament was not able to exceed 4 percent back in 2002. After that period it increased in every election and eventually rose to 17 percent in the latest general elections in 2015. President Recep Tayyip Erdogan’s Justice and Development Party has currently the highest number of female deputies within the political parties represented in the parliament, with 34 female members of parliament.
Tags:
Women
Women's Rights
Women's Right to Work
Turkey
Women's Participation in Labor Force