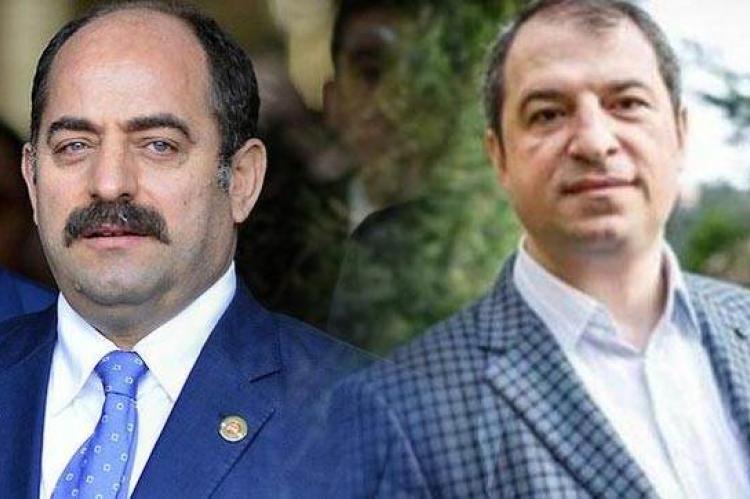 Prosecutors Zekeriya Oz and Celal Kara, believed to be members of FETO

An article written by Behzad Fatmi entitled ‘Three years since the disclosure of corruption probe in Turkey: How has the country changed for worse?’ was published on Vocal Europe on 18 December 2016. The article purports to analyse the situation in Turkey in light of the ongoing judicial investigations centered on illegal formations within the state apparatus. However, Fatmi overlooks the role of the Fetullah Gulen Terror Organisation (FETO) in unfolding events.

Referring to an investigation into an alleged government corruption scandal which came to light in December 2013, Fatmi states that it was the “biggest assault on the authority of the long-time Turkish strongman Recep Tayyip Erdogan.” Mayors, the children of ministers, businessmen and bureaucrats were detained by police during the course of the investigation.

However, criticism was raised when it emerged that the operations were conducted without the knowledge of the District Governor, Regional Chief of Security, or the public prosecutor’s office.1 Public opinion interpreted the operations as a political maneuver against the government rather than a sincere investigation into allegations of corruption.2 The second stage of the operation was launched on 25 December 2013, when more investigations were launched against groups of people which included then Turkish Prime Minister Recep Tayyip Erdogan and his son. The necessary legal documents were not uploaded to the National Judicial Network System (UYAP).3

To avoid authorities discovering the true identities of the suspects in the case, those under investigation were illegally wiretapped for months under false names. Those behind the conspiracy were convinced that it would succeed, evidenced by the legal documents relating to the investigation referring to ‘Prime Minister Erdogan’ in past tense. The two prosecutors leading the case, Zekeriya Oz and Celal Kara, are widely regarded as prominent members of FETO. Both Oz and Kara were previously leading prosecutors in the Ergenekon and Balyoz cases, which were aimed at purging the Turkish military of opponents of FETO and to open the way for the promotion of FETO officers, who later went on to take part in the 15 July coup attempt. Both Oz and Kara fled Turkey when investigations were launched into their actions.4

Fatmi concludes by claiming that Turkey’s terror problem is the result of the expulsion of FETO-aligned police officers from their profession. In doing so, Fatmi overlooks the role of FETO in the 15 July coup attempt and other acts of domestic terrorism, including the murder of journalists and professors.