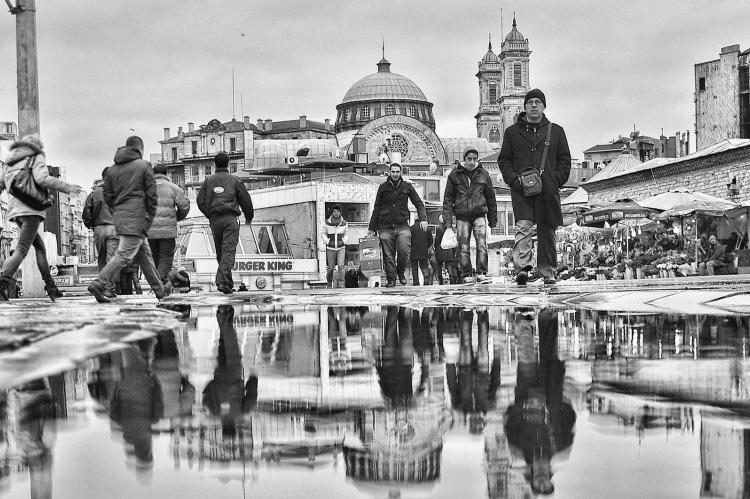 On 14 December 2016, the Irish Times published an editorial entitled ‘Turkey on path of escalated conflict just when its people, institutions and economy can least afford it’ in which it makes a number of claims regarding the current situation in Turkey.

The editorial claims that the Turkish government has arrested “more than 200 members of the opposition pro-Kurdish People’s Democratic Party (HDP), the third largest in parliament,” accusing them involvement in Kurdistan Workers Party (PKK) activity. The PKK, a Marxist-Leninist group which seeks to impose its ideology on Turkey’s mainly Kurdish regions, is listed as a terrorist organisation by Turkey, the US and the EU.

There is a growing body of evidence which appears to link the HDP with the outlawed PKK.1 HDP deputies Selma Irmak and Dilek Ocalan attended a conference of the PKK’s Syrian wing at which statements from the PKK were read.2 Speaking to BBC’s World News Service, HDP deputy Kurkcu commented that “PKK terror attacks on Turkish security forces are not a matter for condemnation.”3 HDP deputy Abdullah Zeydan remarked that the “PKK has the ability to drown Turkey in its spit.”4 HDP Ankara deputy Sirri Sureyya Onder similarly threatened armed actions against the Turkish state if the isolation of imprisoned PKK leader Abdullah Ocalan continues.5 It has been claimed that some HDP deputies have exploited the privilege of parliamentary immunity to openly assist the PKK.6

The editorial continues by claiming that the detention of HDP deputies comes “on top of the huge repression directed against civil servants, military, media and civilians since the attempted coup against President Erdogan last July.” Further claiming that the measures have gone far beyond those “merited by that ham-fisted action allegedly by Gulenist Islamic conspirators to embrace a host of others opposed to Erdogan’s mounting authoritarianism.” However, the editorial neglects to mention that ongoing legal investigations and the current state of emergency has been declared in line with the relevant provisions of the constitution,7 is subject to parliamentary approval,8 and has the support of opposition parties such as the Nationalist Movement Party (MHP).9 Furthermore, ongoing legal investigations focus primarily on the Fetullah Gulen Terror Organization (FETO), a wide network believed by the Turkish government to be responsible for the 15 July coup attempt.10

Referring to the 10 December 2016 twin bombing in Istanbul, the editorial refers to commentators who see a connection "between the timing of the stadium attack and publication of a draft bill to transform Turkey’s parliamentary democracy into an executive presidency led by Mr Erdogan.” The editorial further states that Erdogan “has escalated the state’s conflict with Kurdish groups to appease Turkish nationalists and bid for their support for this change." Contrary to claims of an escalated conflict with “Kurdish groups,” the annulment of the ceasefire was formally announced by the Kurdistan Communities Union (KCK), the PKK's umbrella group, on 11 July 2015.11 A leading KCK figure, Bese Hozat, wrote on July 15, 2015 in the PKK-aligned Ozgur Gundem newspaper that the present political situation in Turkey necessitated a "revolutionary public war".12 Similarly, the 10 December 2016 double bombing in question was officially claimed by Kurdistan Freedom Falcons (TAK), an organisation which analysts and the US government considers to be a subsidiary of the PKK.13

The Irish Times further makes a mistake in conflating ordinary Turkish citizens of Kurdish origin with “Kurdish groups.” Fact Checking Turkey has previously noted that Kurds remain prominent in all sections of society and are represented in both the government and the parliament. An estimated 14 to 22.5 million Kurds live in various parts of the country, with 17.5 percent of the total Kurdish population residing in Istanbul alone.14