Skip to main content
Prev article
What is in background story US v. Halkbank?
Next article
Pashinyan ignores the UN resolutions

US reality show star Kim Kardashian, whose father was a third-generation Armenian-American, claimed that the Azerbaijani Armed Forces targeted civilian settlements in Armenia, in his post on his social media account. 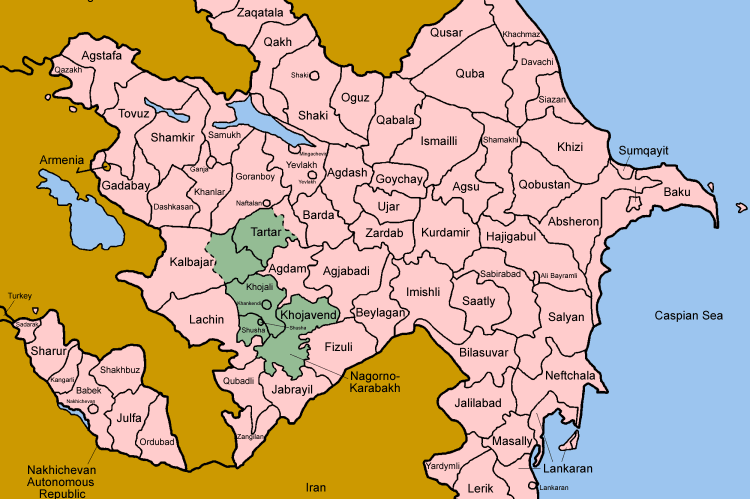 Kardashian stated that she was for Armenia and called on the international community by claiming that Azerbaijan violated the ceasefire. She asked the White House to suspend military aid to Azerbaijan and to warn Turkey not to send arms and fighters to the country.

However, Armenia follows an illegal occupation policy by violating international law. After the collapse of Soviet Russia, Armenia occupied the Azerbaijani territory of Nagorno-Karabakh and seven other settlements, expelled more than one million Azerbaijanis from the region.

But Armenia ignored these decisions. Far from retreat, it has been constantly attacking Azerbaijan in order to expand its occupation area. The latest case took place in Azerbaijan's Tovuz Rayon in July. Armenia wanted to increase the number of settlements occupied by attacking this region with heavy weapons, but could not succeed.The Armenian army failed to capture the regions under Azerbaijani control according to international law by using heavy weapons, started to target civilians. In Dondar Kuşçu and Vahitli villages of Tovuz province, many houses were damaged by shells and 1 civilian was killed. The Armenian forces targeting civilian areas was also documented and recorded by the reporters and journalists went to the area.

As a consequence, the Azerbaijani army rescued some occupied settlements via the counterattack launched on September 27th, after the Armenian forces had attacked to Azerbaijani civilian settlements on July 12th.

Armenia, which attacks civilian settlements, tries to justify itself in front of the international community through lobbying activities. Armenia have been trying to spread the claim of "Azerbaijan attacks civilians" by the Armenian origin celebrities to cover up inhuman acts.