Skip to main content
Prev article
Claim: Police can detain anyone without a court order in Turkey
Next article
Claim: Conservative Turks sympathize with Salafi-jihadi groups

Does the new decree grant impunity for political violence in Turkey ? 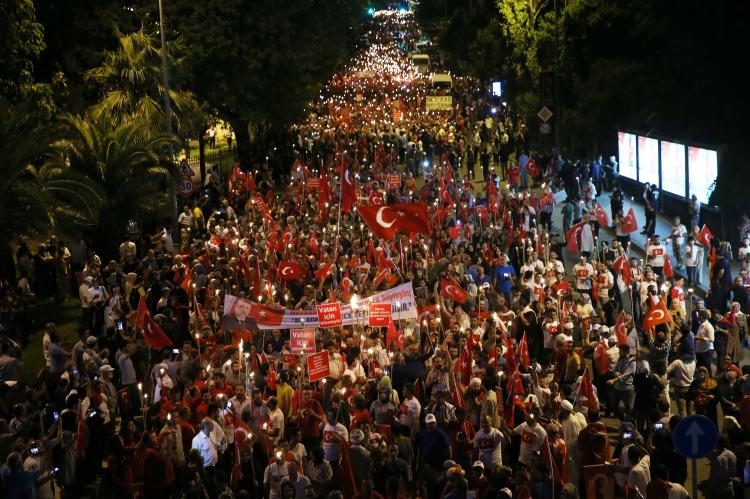 On 24 December 2017, a new legislative decree was published in the Official Gazette with regards to several issues under the state of emergency and its article 121 was misinterpreted in several media outlets. For example, an article published on BBC on 1 February 2018 refers to the relevant legislative degree, and alleges that "a new law in Turkey has sparked concern that pro-government vigilantes could commit acts of political violence without ever facing justice."  It also adds "critics allege it has been deliberately left vague, so that any future violence by government supporters could be exempt from justice." However, the legal framework is not as it was presented in the BBC article.

The article 121 of the legislative degree reads as follows:

“Regardless of their official capacity, people who took decisions, executed these measures and decisions, participated in any legal and administrative measures in order to suppress the coup attempt and the terror acts which took place on 15/7/2016 and its follow-up events will not have legal, administrative, financial and criminal liability within the scope of these actions.”

As is seen from its wording, the decree has provided a waiver of legal, administrative, financial and penal liability for the persons who joined to the efforts of suppressing the military coup attempt orchestrated by the FETO terror organization during the night of 15/7/2016 and the following day. The wording of the article is clear. The scope of the legislative order is solely limited to the July 15 coup attempt and it does not cover any subsequent events which might take place in future.

Upon the publication of the decree, the ruling Justice and Development Party’s spokesman Mahir Unal and president’s legal advisor Mehmet Ucum has also made clear that the article does not encompass terror acts that were carried out later.

There are legal justifications which negate the unlawfulness of the acts such as self-defence, prevention of crime and necessity. In any case, the actions taken in order to oppose the coup attempt also fall within the scope of these legal justifications as emphasized by presidential legal advisor Mehmet Ucum. He gave the example of breaking the door of a private property when responding to fire and negating the unlawfulness on such cases.

The claim of providing immunity for the supporters of Erdogan is also unjustifiable given that the decree does not distinguish between the ones supporting or opposing Mr. Erdogan, but stating people who participated in any legal and administrative measures in order to suppress the coup attempt and the terror acts which took place on 15/7/2016 and its follow-up events. Additionally, as a matter of law, it is not up to government or other administrative body to apply the waiver of liability. Therefore the government is not in a position to back its supporters or loyalists. On the contrary, it is within the power of the judiciary to rule whether the acts in question fall within the scope of the article.