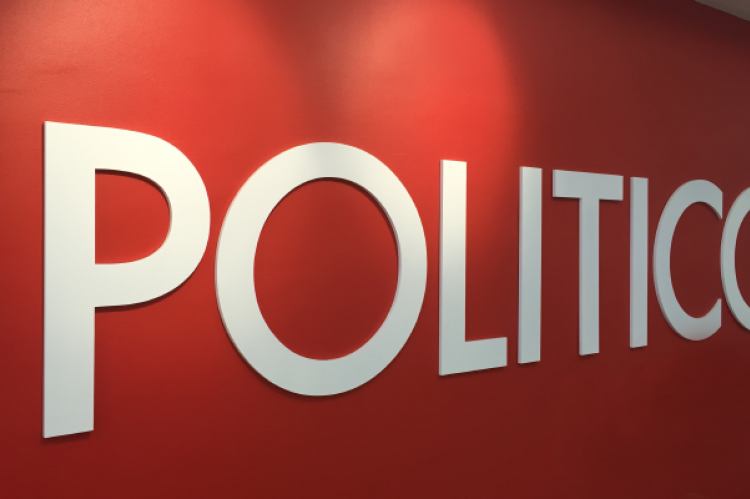 On 25 November 2017, Zia Weise had an article published on the Politico website about US army general Michael Flynn and the post-coup process in Turkey. The article includes important factual mistakes and at times leaves essential context out.

Firstly, the article claims that the Turkish government detained suspected members of an outlawed network led by US-based preacher Fetullah Gulen, known as Gulenists, following an aborted coup attempt in July 2016 for “just having a certain app, a certain one-dollar bill, even a daughter born in a certain hospital.”

However, there is indeed a set of criteria which have been used in determining whether one is a Gulenist or not. Among these are “investing money in Gulenist banks, using encrypted communication tools, transferring money to Gulenists, subscriptions to the organization’s journals and magazines and etc.” Yet, none of these criteria, apart from using the encrypted application ByLock, alone suffices for detainment and only one does not serve as evidence against someone. A combination of them is needed. To see the full criteria in detail please click here.

ByLock was an encrypted chat application used by FETO members to avoid government supervision. The application cannot be used without a private code even if one downloads it in the first place. It operates with a special reference system. A cryptologist at Johns Hopkins University in the US examined the app’s code after Reuters contacted him. He said that the ByLock network generates a private security key for each device, intended to keep users anonymous. For more information on how ByLock works click here.

Other than ByLock, which according to the rule of the Turkish Supreme Court can be considered a sole evidence of membership to Gulen’s network, none of the above criterion is sufficient to detain someone on the charge of being a member of the network.

The entire judicial process continues within the bounds of law. For example in the court case of 47 coup soldiers who tried to assassinate President Recep Tayyip Erdogan on the night of the coup, due process of law were followed.

Secondly, quoting Turkish journalist Hilal Kaplan, who says “90 percent of Turkish people think this coup is related to Fethullah Gulen and his people”, the author incorrectly claims there are no surveys to back up this estimate. According to the polling firm Gezici, 94.2 percent of Turkish people believe Fetullah Gulen was behind the attempted coup on 15 July 2016 and 97.7 percent regard Fetullah Gulen and his network as a terror group. According to the findings of another research company - the ORC - 97.2 percent of Turkey’s public supported the operations carried out against Gulen-linked putschist and components.

The author also claims that although Gulen’s followers’ involvement in the failed coup is factually evident, no evidence as to the involvement of Fetullah Gulen has been presented. However, a recent document provided by the US Homeland Security showed that a key coup figure Kemal Batmaz stayed at Fetullah Gulen’s residence six months before the coup. Batmaz was caught by CCTV cameras at the the Akinci Air Base, the command center of the putschist soldiers, on the night of the coup. Likewise, videos and photographs show that Adil Oksuz, another key coup figure who was at the headquarters of the coup on the coup night with Batmaz, together with Fetullah Gulen.

Referring to the post-coup process, the author claims that “opponents of all stripes” were targeted, “including Kurdish parliamentarians and critical journalists.” A number of deputies in the People’s Democratic Party (HDP) have openly provided support to the outlawed PKK, which is designated a terrorist organization by the US, the EU and NATO. Due to their public support for the PKK militants, they were charged with terrorism. To see more on HDP deputies’ support of PKK, please click here.

Likewise, most of the journalists who were charged with terrorism were accused of spreading terrorist propaganda for different terror groups, not for being critical of the government. Ozgur Gundem, for example, was shut down because it maintained a close and explicit relationship with the PKK. PKK commanders such as Bese Hozat, Duran Kalkan and Mustafa Karasu wrote columns for it. Kalkan and Karasu wrote under the pen names “Adil Bayram” and “Huseyin Ali” respectively.