Claim: Refusal to renew contracts of actors in Diyarbakir “attack on Kurdish culture” 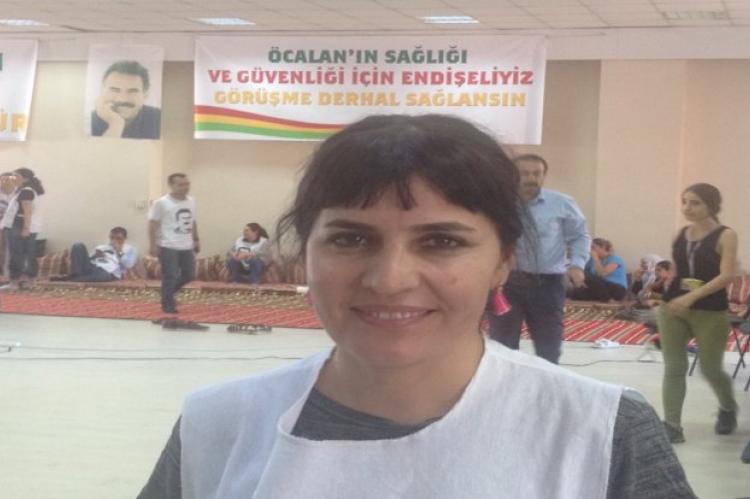 Berfin Emektar standing in front of a banner that reads "We are worried about Ocalan's health and safety. Let the meeting be held immediately," together with a picture of Abdullah Ocalan, the jailed leader of the PKK

On 29 June 2017, The New York Times published an article about the de facto closure of the Diyarbakir City Theater by the municipality. The article’s narrative based on the incident included references to an “attack on Kurdish culture,” the “threat to Kurdish culture,” an “ongoing assault on Kurdish culture at large,” the “suffocation of Kurdish expression in Turkey” and a “complete cultural and political attack on the Kurds.”

However, relevant background information about the affiliations of some actors of the theater went unmentioned in the article. Also, as a matter of fact, the theater was not closed without qualification but rather the contracts of the actors were not renewed – a circumstance which indicates that the theater might still be open to other actors’ applications.

The actors of the theater immediately opened another theater, one that is privately owned, and released a statement after they were denied contract renewals by the Metropolitan Municipality of Diyarbakir. The statement read out by Berfin Emektar, which apparently targeted the modern Turkish state, was as follows:

“They always attacked [us] with their armies, lies and power. They tried to destroy whatever we created with their money which they thought could buy them anything they wanted. They have stricken with all of their evils for 5,000 years to occupy our stage. But they failed.”

Besides the remarkable similarity of the gist of the statement to the discourse of the Kurdistan Workers’ Party (PKK), a Marxist-Leninist armed organization – listed as terrorist group by Turkey, the US, NATO and the EU – that seeks to impose its ideology on Turkey’s majority-Kurdish southeast, the person who read out the statement, Berfin Emektar, indeed had affiliations with the PKK.

In late 2016, a number of people including artists, deputies from the pro-PKK Peoples’ Democratic Party (HDP) and Democratic Regions Party (DBP) mayors announced that they began a hunger strike because they could not hear from Abdullah Ocalan, the jailed leader of the PKK, and feared for his safety. Berfin Emektar was one of the artists involved in the hunger strike. She said:

“We have lived in a fascism that aimed at an altogether destruction for one-and-a-half-years. I think that this protest will be a response to this assault. Also, I believe our people will heave a sigh of relief with the achievements of the hunger strike. This is why I joined the strike voluntarily and I feel as good and peaceful for the last two days as I have never been.”

The other issue addressed by the article was the firing of mayors who were members of Kurdish nationalist parties, especially the HDP. “Across southeast Turkey, where most people are Kurdish, Mr. [President Recep Tayyip] Erdogan’s government fired over 80 elected mayors and replaced them with state-appointed trustees.” But the author abstained from providing the reason why these mayors were fired, instead seemingly opting for making the impression that they were fired because they were Kurdish.

The municipalities run by aforementioned mayors, however, were proved to have clear ties to and provide support for the PKK. Some of them helped PKK militants cover their traps, some organized funerals for PKK militants and some carried explosives to the PKK. For more information, read our detailed fact-check of the issue.