Claim: Erdogan wants to get rid of Syrian refugees 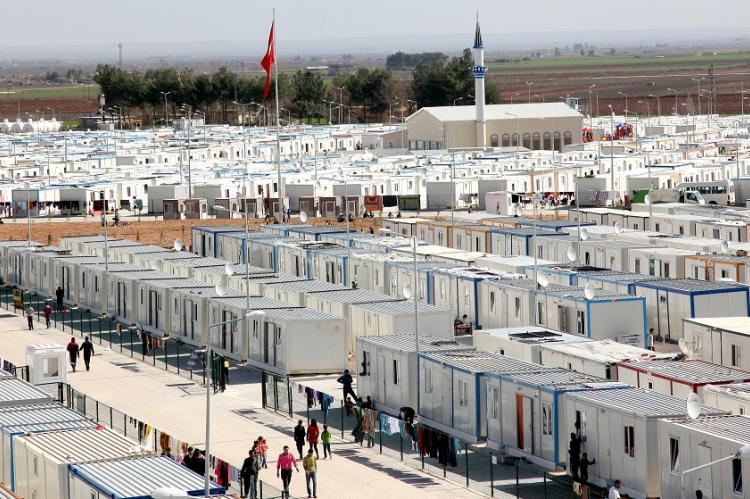 On 13 January 2016, French newspaper Le Figaro published an interview of Dorothée Schmid, the Turkey correspondent for the French Institute of International Relations, about Turkey’s policy on Syria.1 In the interview, Schmid claimed that Turkish President Recep Tayyip Erdogan accused a Syrian for the suicide bombing in Istanbul's Sultanahmet district because he wants to get rid of Syrian refugees.

In her answer to the question about what Erdogan’s aim is by pointing out that a Syrian was responsible for the attack, she said:

Il peut y avoir une operation de rachat d’image de la part d’Erdogan, qui designe un nouvel ennemi: la communaute syrienne dans son ensemble. Ce qui l’arrange, car il a tres envie de se debarraser des Syriens. (We can interpret this as Erdogan’s need to restore his image by pointing out a new target as an enemy: This new enemy is the Syrian community as a whole. Because he wants to get rid of Syrians, this will serve his purpose.)

However, Turkey opened its borders for Syrian refugees under Erdogan’s rule as prime minister and has maintained an open door policy since 2011. Today, Turkey hosts 2.5 million refugees.2 260,000 refugees are hosted in 25 temporary protection centers in 10 different cities.3 Other refugees are residing in cities of all over Turkey. Syrian refugees are provided with food, healthcare and education. Turkey has spent 8 billion dollars on Syrian refugees since 2011.4

Through the Temporary Protection Regulation of TBMM (Grand National Assembly of Turkey) that come into operation on 20 October 2014, Turkey guaranteed refugees rights to education, healthcare, security and other social rights. In 2013, Syrian refugees were exempted from tuition in universities. On Erdogan’s request, the Council of Higher Education declared on 9 January 2015 that Syrians escaping the war can continue their education in eight universities in Turkey.

On 20 June 2015, President Erdogan broke his fast with Syrian refugees in Mardin where he made a speech stating that Turkey “did not expose the oppressed to the oppressor.”

“If needs be, we will share our last bit of bread with our brothers,” he said.5

Moreover, on 11 January 2016, Numan Kurtulmus, spokesman for the ruling Justice and Development Party (AK Party), announced that the granting of work permits for Syrian refugees is on the agenda of the Council of Ministers.6