Claim: Turkey not serious about settlement with Kurds

The first graduates of Artuklu University Institute of Kurdology, 30 June 2013 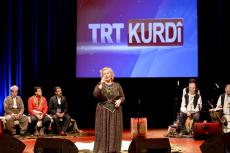 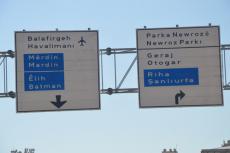 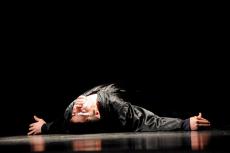 The Guardian newspaper published an editorial titled “The Guardian view on Turkey’s Kurdish policies: compounding the region’s troubles” on 18 February 2016. In the editorial, it was claimed that Turkey has never been truly serious about a peace settlement with Kurds.1

Mr Erdogan’s Turkey has boxed itself in...Having perhaps never been truly serious about a settlement with Turkish Kurds, it then let the peace process slip away...It is hard to remember now that less than a year ago the Turkish government was still in peace talks with the PKK….But until Turkey radically realigns its policies around the pursuit of peace with its own Kurds, it will continue to add to the region’s troubles rather than help to contain them.

In their allegations against Turkey, The Guardian notably considers the Kurdish people synonymous with the PKK (Kurdistan Workers Party), a Marxist-Leninist militant group which seeks to impose its ideology on Kurdish regions and is considered as a terrorist organization by Turkey, the US, the EU and NATO. Turkey’s President Recep Tayyip Erdogan many times stated that the PKK and the Kurdish community are not the same and that the government’s crackdown is conducted only against the militants.2
Furthermore, under the 13-year rule of Turkey’s ruling AK Party (Justice and Development Party) that Erdogan founded and led as prime minister until his presidency, a number of profound reforms were made in the field of rights for the Kurdish community. To give some examples, the 51-year-old state of emergency in the mainly Kurdish southeastern region of Turkey was lifted. Political bans on Kurdish politicians, previously imposed by the state, were removed and senior Kurdish political leaders were freed from prison. Television programs in Kurdish started broadcasting on the state-run channel TRT 3 and programs for the study of the Kurdish language were opened in several universities.
There was a 30-year-old conflict between the Turkish government and the PKK. The government sought to end the armed conflict, started negotiations with the jailed PKK leader Abdullah Ocalan and declared the peace process in early 2013. On 21 March 2013, Ocalan called for a the withdrawal of the PKK from Turkey in a letter that was read out on Newroz (the Persian New Year) celebrations.3 Subsequently, a ceasefire was declared by Turkish government and the PKK. However, the PKK did not withdraw.
On 11 July 2015, it was the PKK's umbrella group, the Kurdistan Communities Union (KCK), who unilaterally announced that the ceasefire with the Turkish government to be over. Afterwards, PKK militants started armed attacks on civilians, as well as security forces. On 22 July 2015, two security forces were murdered while asleep at home. The PKK claimed responsibility for the attack.4 The following day, the PKK killed a civilian claiming the victim was a member of the DAESH terrorist group, despite presenting no evidence to support this claim. All this happened before Turkey took the decision to retaliate.
It was not until 24 July 2015 that Turkey started a cross-border air operation into Iraq's Qandil Mountains targeting PKK hideouts,5 as well as police raids on PKK cells. Within this period, the PKK engaged in armed clashes with the police in city centers. Militants conducted attacks using bazookas, dug trenches, erected barricades and laid remote control-detonated bombs on roads to stop the police from entering the areas to which they were deployed. They also targeted schools and hospitals in their attacks.6 Almost 300 security forces and civilians have been killed by the PKK since the ending of the ceasefire.7 Military operations continue amid curfews which are declared to protect civilians from being caught in the crossfire.
Clashes have been taking place in several PKK strongholds in southeastern Turkey. The total population of these areas is less than 500,000. The majority of the people living in these areas have temporarily left their houses for safety. Given that almost 14 million Kurdish people living all around the country, only a minority of Kurds have actually been affected by the conflict. For more information on the areas of operation, please click here.
Tags:
PKK
Guardian
Recep Tayyip Erdogan