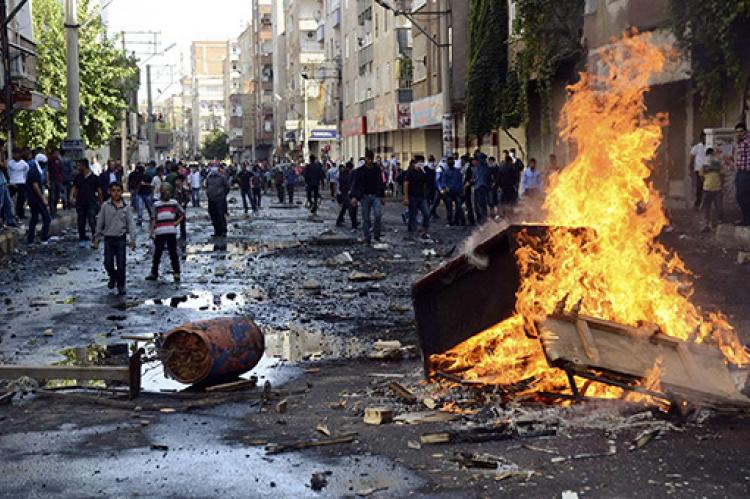 On November 23, Jacobin magazine published an article by Djene Bajalan, a professor at Missouri State University, entitled ‘Turkey and the Road to Genocide.’

The primary theme of Bajalan’s article is that Turkey, drawing upon the 1915 relocation of Armenians, currently possesses the capability to organize a genocide against its Kurdish minority. The 1915 relocation of Armenian subjects during World War One is a contentious topic in both diplomatic and academic circles. The Turkish government and many scholars object to the term genocide, preferring instead to describe events as inter-communal strife in which Turks, Kurds and other groups were also victims. The Turkish government, while acknowledging the suffering of Armenians and all other peoples during those years, has similarly objected to the exploitation of historic events for political purposes.1

On the other hand, Bajalan develops his argument by drawing comparisons between the arrests of Armenian nationalist leaders at the outbreak of World War One and the recent detainment of deputies from Turkey’s Kurdish nationalist Peoples' Democratic Party (HDP). The detainment of deputies from the HDP occurred after the parliament reached a decision to strip deputies who are the subject of pending criminal investigations of their parliamentary immunity. The decision received cross-party support and affected deputies from across the political divide. Judicial authorities sought to question HDP deputies regarding ongoing investigations into alleged illegal activities.2

Balajan refers to the recent upsurge in violence by the outlawed Kurdistan Workers Party (PKK) as beginning after “Turkish security forces clashed with Kurdish fighters in Adiyaman and Ceylanpinar” during the summer of 2015. However, the breakdown of the peace process has been protracted process. The PKK was buoyed by the failure of the ruling Justice and Development Party (AKP) to secure an overall majority in the June 2015 election. One month prior to the election, the Kurdistan Communities Union (KCK), the PKK’s umbrella organization, announced that the peace process was void, and that a “revolutionary people’s war” would follow. On 20 July, KCK co-chair Cemil Bayik called for the digging of tunnels and trenches in cities. Two days later, two police officers were killed in their sleep in Ceylanpinar in an attack claimed by the PKK. It was only subsequent to this attack that Turkey responded militarily by bombing PKK positions in the Qandil Mountains of Northern Iraq. Please also consult our chronological analysis of the collapse of the peace process.

During the wave of protests relating to the siege of the Syrian border town of Kobane by DAESH in Fall 2014, supporters of the HDP leadership made a call for protests to pressure the Turkish government into allowing munitions to be transported over its territory and into Syria to aid the PKK’s Syrian wing. The protests soon turned into clashes between competing factions in Kurdish-majority cities, resulting in the deaths of more than 50 people. Among the dead were a group of young people who were attacked and burnt by a lynch mob.3 These events placed great strain on the fledgling peace process, with the Turkish government stating that further talks could not be held unless public safety was restored.

The electoral success of Turkey’s ruling AKP has heralded a new period in the state’s policy towards the Kurds. The AKP’s reforms on the Kurdish issue began in 2009 with what was called the ‘Democratic Initiative.’ Reforms undertaken as part of this initiative include the establishment of a 24-hour public television station broadcasting in the Kurdish language, liberalization to facilitate non-state publication in Kurdish and efforts to revert certain place names to their original Kurdish form. Kurds now have access to social and religious services in Kurdish and private schools are free to teach in the Kurdish language, along with some public schools and universities which offer Kurdish as an elective course.

Despite this, Bajalan posits that the HDP’s electoral success came at the expense of the AKP and therefore “was a direct challenge to [President Recep Tayyip] Erdoğan’s growing power (….) almost as soon as the results of the election were in a new military offensive was launched against the PKK.” On the contrary, in the November 2015 snap election, approximately 1.2 million HDP voters switched to the AKP. Many Kurds who were pleased with the reforms undertaken during the AKP’s tenure in office were unsatisfied with the upsurge in PKK activity. For further background information, please consult our article here.

Balajan further argues that Kurds are regarded by the public and government as “ingrates who despite government efforts remain bent on destroying the country.” However, Turkish citizens of Kurdish origin remain prominent in all sections of society and are represented in both the government and the parliament. Furthermore, Balajan has overlooked the vast integration of Kurds in general. As Fact Checking Turkey has previously noted, Turkish citizens of Kurdish origin are scattered all over Turkey, with an estimated 14 to 22.5 million Kurds living in various parts of the country, and 17.5 percent of the total Kurdish population residing in Istanbul alone.

Balajan is mistaken in conflating the Kurdish people with the organizational activities of the PKK. His analysis rests on a false analogy that Turkey’s struggle against PKK violence is an attack on Kurds and that resultingly, Turkey’s war on terror is tantamount to a potential genocide as he claims was the case against Armenians in 1915. Bajalan’s article contains numerous additional errors outside the scope of this reply. For example, the alleged quote of Dr. Nazim calling for the extermination of Armenians has been disputed by historians C. J. Walker and Gwynne Dyer. In addition, Bajalan’s claim regarding Nihal Atsiz is also factually inaccurate. Atsiz was a well-known opponent of Turkey’s single party regime in the 1930s and 1940s. 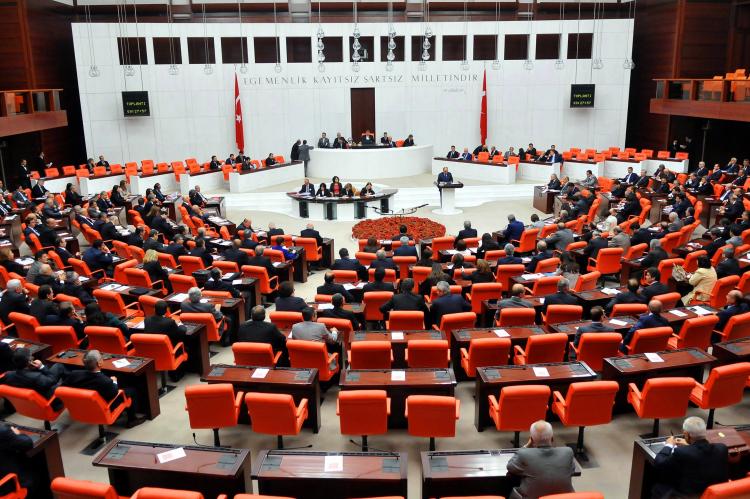