Skip to main content
Prev article
Claim: Turkey’s election board dominated by members of ruling party
Next article
Factual mistakes in an article by the Independent on recent political events and Turkey’s 2017 constitutional referendum

Is Turkey sending back Syrian refugees?

Several media outlets alleged that Turkey has started to send Syrian refugees back to Syria, citing some Syrian individuals’ statements, Fact-Checking Turkey investigated the accuracy of this claim 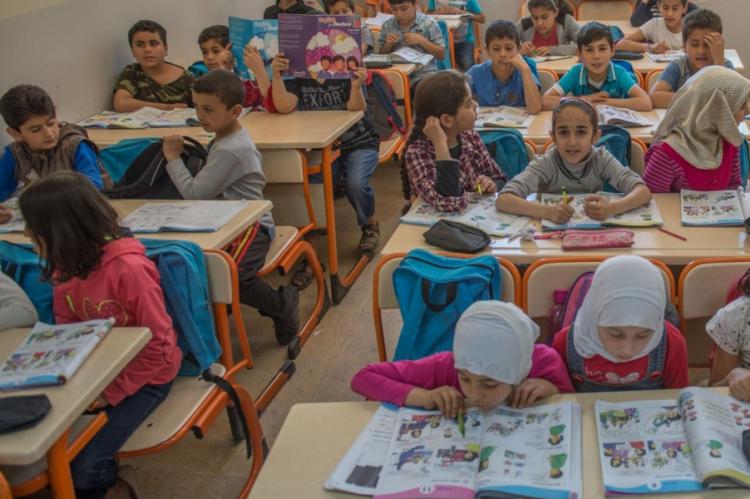 An elementary school established for the Syrian refugee children in Turkey

Within the last few weeks, there are reports in international media about Turkey rounding up Syrian refugees and send them back to Syrian territory under the opposition control.

But, is this the case?

The EU was alarmed in 2015 when the refugee flow to the EU territory peaked that year with rising violence in the bloody civil war. The EU was eager to keep the refugees out of its territory. For this reason, the EU sought entering into an agreement which provisioned the readmission of the Syrian refugees who fled to the EU through Turkey. The EU-Turkey deal was signed in 2016 and Turkey accepted the readmission of Syrian refugees who went to Europe through its soil. In return, the EU pledged 3 billion$ to Turkey per year in order to spend for refugees. However, these promises were not kept so far. The EU released only 2.5 billion$ of the funds so far although they had to contribute 6 billion$.

On the contrary, Turkey already spent 37 billion$ for 3.6 million Syrian refugees since 2011. Once registered in Turkey, all Syrian refugees are entitled to free healthcare education and other public services. Some of these rights are not recognized in many countries even for their own citizens, for instance the United States. Actually, while the Turkish citizens have to pay social security contribution to benefit from the free healthcare system, the refugees do not have this requirement either.

In conclusion, Turkey is not deporting Syrian refugees. It endeavors to keep its commitment toward Syrian refugees who have come to Turkey, despite not receiving sufficient assistance and credit from the international community.